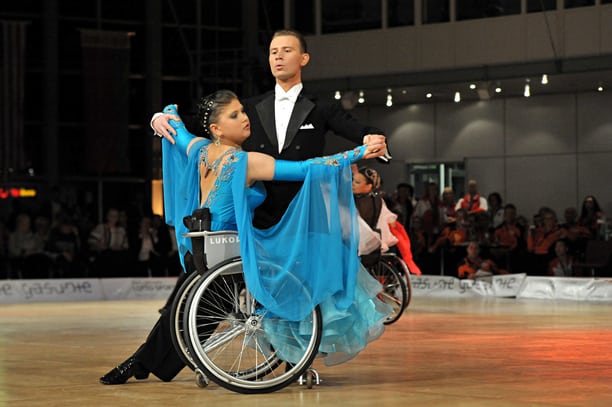 iThe International Paralympic Committee (IPC) announced last week that the 2013 Wheelchair Dance Sport World Championships will be held in Japan. The event will be held December 7-8, at the Komazawa Olympic Park in Tokyo.

More than 200 athletes, with physical impairments that affect the lower limbs, from 26 countries will be participating in eight medal events which surpass the number of dancers from the last world championships.

The Dance
Participants can compete in three different categories: combi, duo dance or group dance. Combi style is dancing with a standing able bodied partner, duo dance is dancing between two wheelchair users, and group dance can be performed either combi or duo style but includes four, six or eight couples dancing in formation.

The History
Wheelchair dancing originated in the 1960s in Sweden and was used as a form of recreation and rehabilitation. As the sport gained popularity organized competitions were created and in 1977, Sweden was home to the first International competition for wheelchair dancing.

The first Wheelchair Dance Sport World Championships were held during the same year (1998) the sport came under the management of the IPC. The last world championships for the wheelchair dance sport were held in 2010 in Hannover, Germany.

Have you watched or participated in wheelchair dancing before? What did you like about your experience?