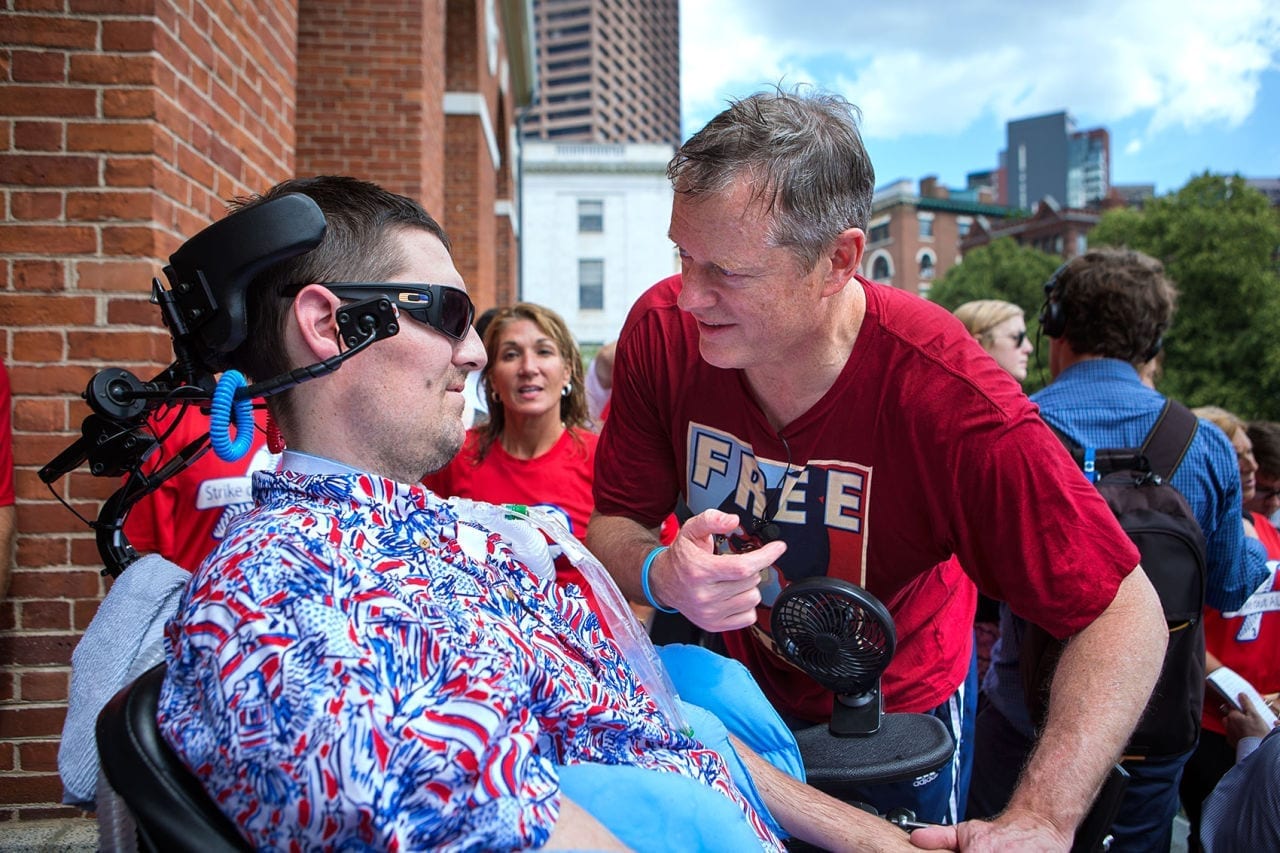 It’s hard to let go of a good thing.  Especially when that good thing raises over $200 million for ALS and other neuron disease research.

Last year’s ALS Ice Bucket challenge because a huge, nationwide success with friends, families, celebrities, and even the POTUS himself joining in to raise awareness for ALS.  Though some questioned the effectiveness of dumping water on your head to raise money for a cause, the numbers don’t lie.

Not only did it raise a lot of money, but people started talking about ALS, why it happens, how it affects people, and what can be done about it.  The ALS Wikipedia page received 17 times more traffic last August than the month before.

Needless to say, The Ice Bucket Challenge changed the way people brought attention to a cause.

And now, it’s back again.

Returning Where it All Started

Though there are some different theories and opinions as to where the concept of an ice bucket challenge actually began and whose idea it was, a man named Pete Frates is often cited as the source of the ALS version.

Pete is a former Boston College baseball player who was diagnosed with ALS in 2012.  He joined with a friend named Pat Quinn (who also has ALS), and together, they launched the ALS Ice Bucket Challenge in the summer of 2014.

No one could have predicted how successful their efforts would become.

Now, a year after the original campaign took off, they’ve decided to give it another try.  Though they’re not sure it’ll reach the dizzying heights of the original, they’re confident they can get a new wave of challenges going.

Videos and challenges have already began to pop up on social media and news outlets.  Just this past weekend, Governor Charlie Baker of Massachusetts joined a number of his staff in doing an Ice Bucket Challenge on the steps of the State House.

Where it’ll go from here remains to be seen.  Pete Frates’ father refers to it as the “Every August Until We Find a Cure” Ice Bucket Challenge.  Though that might not roll off the tongue easily, it’s a great concept.

Hopefully, with the surge of funding an awareness, scientists can finally unlock the secrets of ALS, and ultimately, beat it.

Rollx Vans partners with organizations such as the ALS Association (ALSA) to raise awareness and funding for conditions such as ALS, MS, and more.  For each one of our wheelchair vans we sell, we let customers choose an organization such as ALSA for us to donate to.  This donation comes directly from the profits of the van.

We believe that by working together, better treatments and even cures for these conditions can be found.

Did you participate in the Ice Bucket Challenge last year?  Will you this year?