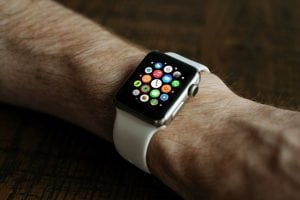 Apple has long been known for its innovation, but between their iPhones, iPods and other popular devices, they have always been focused on one thing: creating products that appeal to the largest amount of consumers possible.

It’s a smart move that most businesses make, but it often leaves out niche groups of consumers. For example, why have there never been any fitness trackers for people in the wheelchair-using community?

Apple Seeks to Remedy this Problem

Exercise is important for wheelchairs users. It can help prevent blood clots, aches and pains and other health ailments. But while technology has advanced, and fitness trackers like FitBit and the Apple Watch have picked up speed, they have been mostly useless for people in wheelchairs.

Thankfully, this is a problem that Apple has not only recognized, but seeks to remedy. The company has recently unveiled plans to make changes to the Apple Watch. The next feature they release will be able to track distance, speed and the number of calories burned by people using wheelchairs.

While the Apple Watch already prompts users to stand up every so often and walk around, the newest feature will prompt wheelchair users to spin the wheels of their chair in order to move around regularly.

Not a Marketing Ploy

According to Jeff Williams, Apple’s chief operating officer, the latest features are not a marketing ploy for attention.

“We want to make products that serve every walk of life,” he says.

The company actually went through a ton of research to make this a reality, conducting a study of more than 300 people in wheelchairs that took over 3,000 hours to complete.

If you are already a wheelchair user who owns an Apple Watch, the best news of all is that you will not have to purchase a new watch (unless you, like many people, always have to have the latest model). The wheelchair friendly features will be rolled out via a software update (watchOS 3.0) sometime later this year.

As a company that creates and sells wheelchair accessible vans, we are happy that Apple is taking steps to make their products useful to everyone, and we look forward to more updates like this in the future.

Do you own an Apple Watch? What other wheelchair-friendly features would you like to see Apple implement in the future? Let us know in the comments below!