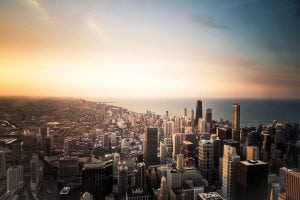 handicap vans are a great way to get around, but not everyone has one at their disposal. Many people with disabilities still rely on public transportation to get where they need to go.

The trouble with this fact is that there still remain many accessibility barriers that the city of Chicago has yet to overcome. Many of these barriers exist in the Chicago Transit Authority’s (CTA) train system, the “L”, which faces its fair share of criticism from disability advocates.

Recently, the city of Chicago has announced that it plans to make a push to revamp the “L” system in order to make it completely accessible within 20 years. The CTA plans to release a report by late 2016 or early 2017 containing the city’s plans as to how to make it happen.

The History of Inaccessibility on the “L”

As they stand today, only 99 of Chicago’s 145 “L” stations pass the regulations put forth by the Americans with Disabilities Act of 1990. This represents only 68 percent of the rail stations, meaning a full third of the stops are currently not accessible to people with disabilities.

The problem exists because of the age of many of the stations, which were built long before the ACA regulations were put into effect. Some stations were built over a century ago. Over the years, the city has struggled for funds, and the initiative to reform the stations to become more accessible has fallen to the wayside.

A New Goal to Reach

Twenty years does seem far off, especially for those who have to travel to stations far away from their homes in order to board a train, but at least the CTA is making an effort to finally create a rail system that is openly accessible to all people.

The CTA plans to add ramps, elevators and additional entrances to the stations. Some of the structures may require major reconstruction in order to meet accessibility standards, with many needing extensions to the current buildings. Some stations may even have to be entirely rebuilt over the years in order to achieve the city’s accessibility goals.

The report scheduled to be released will contain costs for the plans, and the city intends to use state and federal funding to complete the renovations. No cost has yet to be estimated.

What do you think of Chicago’s accessibility goals? Is 20 years too long, or are you just happy that plans have been set into motion?