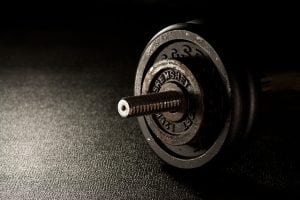 Upper body strength is absolutely integral to the lives of many people who use wheelchairs, but these guys take it a whole other level. The sheer athleticism and strength demonstrated by the competitors at the world’s first Arnold Classic Pro Wheelchair Competition is pretty amazing.

The competition was held earlier this month at the Arnold Sports Festival in Ohio, a weekend that was filled with professional bodybuilding, strongman and other fitness events.

This was the first time that an adaptive sport was featured since the competition, which is known as the second most prestigious bodybuilding competition, kicked off in 1989. The festival was started by none other than Arnold Schwarzenegger, who won the Mr. Universe title at age 20 and the Mr. Olympia title seven times before starting his career in Hollywood.

Harold Kelley (pictured above), a man who looks like he could lift an entire wheelchair van over his head, was crowned the inaugural winner of the competition.

The Story Behind the Competitors

One of the really amazing things about the competition was that each and every competitor had something in common: the fact that an inciting incident changed their lives forever.

Each competitor was introduced at the event with their background story, including the event that caused them to require a wheelchair. Some injuries were the result of accidents, while others were caused by war injuries. Each case was different, but the men on stage were all connected by their perseverance in the face of adversity.

Even tears were shed among the nine competitors.

Adaptive sports have been on the rise over the years, and our team at Rollx Vans is happy to see that they are becoming more mainstream. An event as large as the Arnold Sports Festival starting a wheelchair competition is a great sign of where we are heading in the world of competitive adaptive sports.

We just hope the trend continues as the years go by.

What do you think of the Arnold Classic Pro Wheelchair Competition? Are you ready to become a professional bodybuilder, or is it way too much work? Join the conversation below!