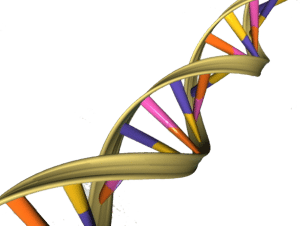 The quest to uncover the definitive causes for Cerebral Palsy just took a turn towards a different area of scientific study: genetics.

New research published in February by the Journal of Molecular Psychiatry is claiming that the cause of Cerebral Palsy, once thought to be related to brain trauma and abnormal development during pregnancy or early life stages, may actually be rooted in a person’s genetics.

If the research is replicated and found to be valid, this could open up a world of early detection and possible preventative measures that could be taken at early stages of life. Currently, about 8,000 babies are diagnosed with Cerebral Palsy every year in the United States. An additional 1,500 preschool age children are diagnosed, as well.

It is estimated that approximately 500,000 people manifest symptoms related to the condition, according to the United Cerebral Palsy Association. It can cause a lack of coordination, weak muscles and loss of speech, hearing and vision. Aside from the physical ailments, people who suffer from the condition are usually lifelong wheelchair users who also have to make changes to their homes and vehicles, often opting for used handicap vans and the other modes of transportation.

In the simplest of terms, they isolated the parts of the genes that normally carry mutations which lead to genetic disorders, finding that one in seven (14 percent) of those with Cerebral Palsy had a “potentially disease-causing gene variant.”

While one in seven may seem like a small link, small is the world in which geneticists tend to operate.

The link may not be 100 percent, but its a large start for researchers to kick off further studies on a larger scale. The researchers who conducted the study still maintain that “ function and pathway studies are required to establish the causative role of these putative pathogenic CP (Cerebral Palsy) genes.”

Moving Towards the Future

Originally, the genetic causes of Cerebral Palsy were ranked at around two percent, essentially making them very inconsequential to the overall identification and prevention of the condition. With this new study taking off in the realm of medical research, more emphasis will be put into linking the condition genetically. By studying a larger pool of patients, researchers hope their results will lead to “early diagnosis of some cerebral palsies and aid preventative genetic techniques in the future.”

Is there a chance that Cerebral Palsy can be linked to a person’s genetics? Let us know what you think in the comments below.