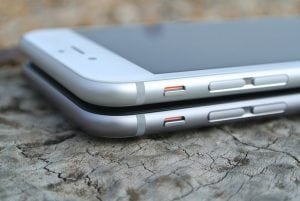 There are complex devices and pieces of technology that took years to develop and perfect. Many of these are the things that people in the disability community use in their everyday lives. from wheelchair vans to lifts, apps and more.

Then there are things that people invent that make us look twice at them and say, “why the heck didn’t I think of that?”

This later category is where the Sospendo falls into.

The Sospendo is a simple, albeit intuitive device that holds a person’s mobile device (either a tablet or a smartphone) in place, allowing the user to view it at eye level without holding it in their hands.

It sounds simple (and it is), but it’s really a creative device that we can see taking off.

As of writing this piece, we are less than seven days until this nifty little device is put on sale for the general public, and it looks to be something that will appeal to many people, especially those in the disability communities.

How it Benefits the Community

For many people who suffer from spinal cord injuries, holding small devices can be a chore. Even for those people who still maintain control over their arms, many of them lack the dexterity to hold onto smaller devices, let alone keep them steady for extended periods of time.

This is precisely where the Sospendo can become so useful.

By attaching a mobile device to the Sospendo, a person can easily use the device without worrying about holding onto it. The Sospendo wraps itself around the user’s neck or back (depending on how high the user wants the device to be held).

See it in action in the video here.

There’s no word on how much the Sospendo will sell for, but it’s sure to be released within the next few days as we get closer to the launch of the product.

What do you think of the Sospendo? Will you be looking to get one at launch? Let us know in the comments below!