What Inspired a Man to Push His Wheelchair From Atlanta to Chicago?
Skip to content 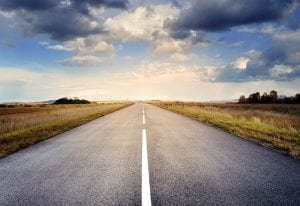 Back in October, we began following the story of Vincent A. Robinson, a motivational speaker and author from Atlanta who began a journey like no other.

Robinson was a victim of gun violence in 1992 when he was shot at point blank range, which cause him to be in a coma for more than a year and lose both of his legs. Since then he has become an advocate for raising awareness about and curbing violence.

Which is why he decided to push his wheelchair from Atlanta to Chicago, two cities that are hit hard by gun violence every year.

A Long, Hard Journey for a Good Cause

The total distance between Atlanta, Georgia and Chicago, Illinois is 720 miles. That’s over 27 marathons, back-to-back.

That’s quite a trip, even for people traveling in wheelchair accessible vans. It would take about 11 hours to do so by vehicle. But despite the physical and mental strength, the extensive length of time and the hardships he would face doing so, Robinson decided to begin his journey anyway.

What was the purpose of the journey?

He wanted to be a beacon of hopefulness and optimism. In the neighborhood he grew up, shootings were routine.

“What am I doing? I’m doing a stop-the-violence campaign, but I’m also stressing unity and love… we can unite, we can love each other, we can help each other out.”

Just last week, Robinson finished his journey, accomplished his goal and likely caught the eyes of people worldwide. All in all, it took him 61 days – two whole months.

Think of what you can accomplish with two months of your life, then think of what Robinson has accomplished. It really is a statement that everyone should be aware of.

What do you think of Robinson’s journey? Has it inspired you? Join the conversation by leaving a comment below!