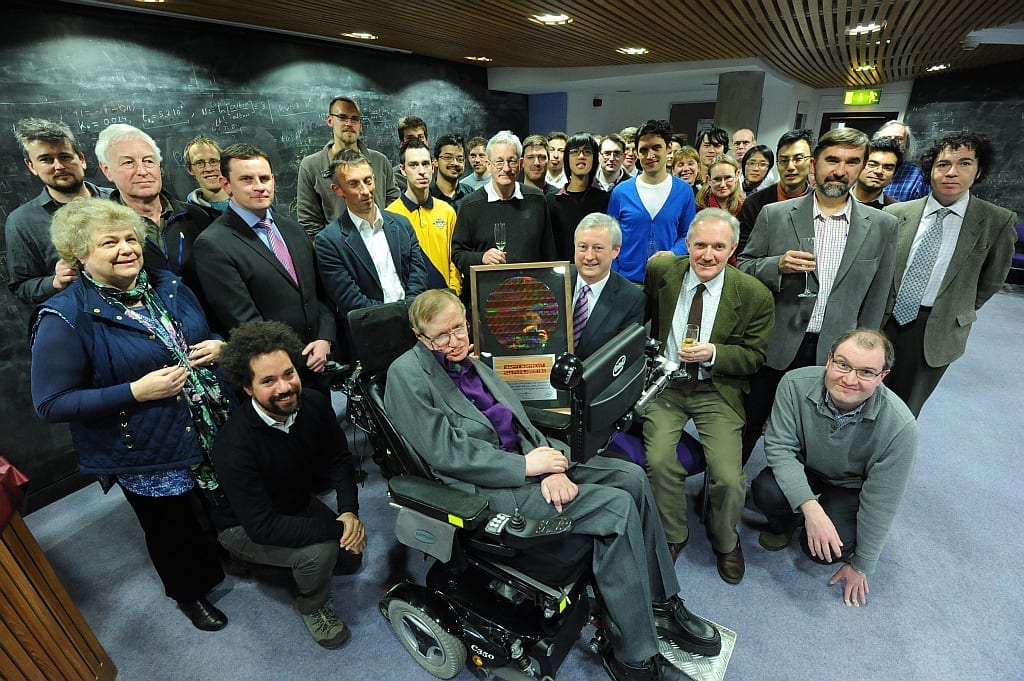 That time of the year is here when all the new technology is being announced, especially Apple with the new iPhone 6. On the other hand, Intel has announced their development of a connected wheelchair.

Just like the innovation of new wheelchair vans, science and technology is continually helping people who suffer from disabilities. Stephen Hawking is one of the many.

“Medicine can’t cure me, so I rely on technology,” says Hawking. Seeing how the influence of technology has vastly improved his life, he has been working with Intel for the past few years in improving the life of those suffering from disabilities. In doing so, he decided to completely endorse a new life-changing innovation, Intel’s Connected Wheelchair.

With the intention to “transform standard wheelchairs into date driven, connected machines,” a team of Intel engineering interns designed the idea for the wheelchair.

The Intel Connected Wheelchair monitors information on your health (heart rate, body temperature, blood pressure), the position of the wheelchair, and accessibility of destinations and is displayed on a touch screen. Users are able to map and rate how accessible specific locations are with an app that is provided.

Stephen Hawking, an award-winning theoretical physicist, is known for his theory on black holes and other multiple successful theories in science and cosmology.

In 1963, Stephen Hawking was diagnosed with amyotrophic lateral sclerosis (ALS) at 21 years old. He began pursuing toward the revolutionary work he has done after the doctor said he was only going to have two and a half years to live.

Certain life events, including his diagnosis, influenced him to believe that there were things he needed to do with his life. He knew that he couldn’t just be hopeless. This led him to the numerous amounts of research that resulted in his groundbreaking theories.

His disease is the reason he is who he is today. It encouraged him to be the significant scientist that he has become. Though the disease progressively affected his well being, he would find a way to proceed with using science to innovate future accessibility. In doing so, he has been working with Intel engineers for about 10 years now in progressively improving the lives of people with disabilities with technology.

How have new developments of technology positively influenced your life? What do you think about Intel’s Connected Wheelchair? Share your thoughts!