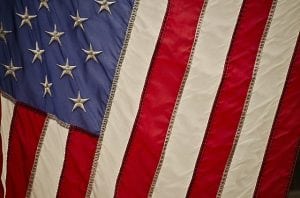 Many people recognize Memorial Day as the Federal holiday observed the last Monday in May as a time to remember our fallen Veterans and honor those still serving the United States. But, what many people may not realize is that the month of May is observed as National Military Appreciation Month (NMAM) and a symbol of unity in our country.

In 1999, the Senate and House of Representatives adopted resolutions put forth by Senator John McCain to formally recognize and honor U.S. Veterans and servicemembers by designating the entire month of May as NMAM.

Since then, additional observances have been added to the country’s month-long celebration of military appreciation. Some of these include:

While the only day that’s Nationally observed as a holiday where many of us have the day off from work is Memorial Day, it’s still important to take time to think about the active, retired and fallen members of our military service.

At Rollx Vans, we strive to show our appreciation of Veterans all year long by working hand-in-hand with Veterans offices on behalf of our customers to get them the assistance they need with wheelchair accessible vans. We hope that you will join us this month by showing your appreciation to the Veterans within your community, as well.