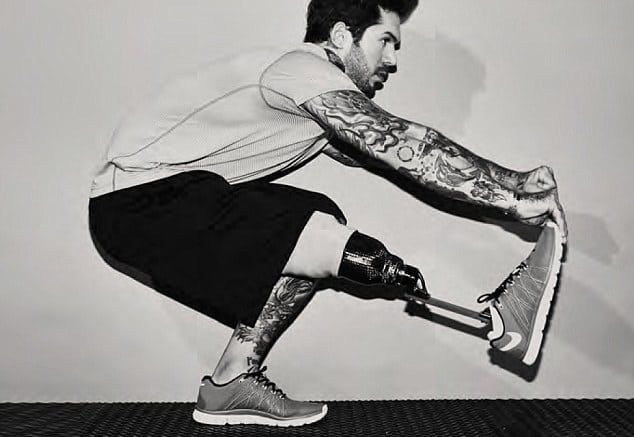 Nordstrom celebrates diversity by continuing to feature models with disabilities in their 2014 annual anniversary catalogue. Four models with various disabilities have been introduced, while Nordstrom kicks off their largest event of the year.

Alex Minksy, is an Armed Forces veteran who lost a leg while serving in Afghanistan. Alex sports Nike running shoes in Nordstrom’s catalogue, wearing one on his foot and the other on his prosthetic device.

Shaholly Ayers, an amputee model, was born without the lower half of her right arm. She is modeling a Dooney & Burke bag in Nordstrom’s catalogue.

Sporting kids fashion is 7-year-old Emilia Taguchi from Taiwan. Emilia suffers from Down syndrome and now lives in the United States with her adoptive parents. She is continuing to model for Nordstrom as she appears in their children’s catalogue for August.

Though it is still rare to see models with disabilities in ads or catalogues, especially upscale companies, more fashion industries have started to follow in the same direction as Nordstrom.

“Identifying companies that utilize models or actresses with disabilities has been like finding a needle in a haystack,” said Global Disability Inclusion partner Meg O’ Connell.

Since Nordstrom, H&M and Diesel have begun to also represent models with disabilities.

“For us, it’s really about reflecting the diverse customers and communities we serve,” said Nordstrom spokeswoman Tara Darrow.

So what will be next? Perhaps modeling accessible vans?