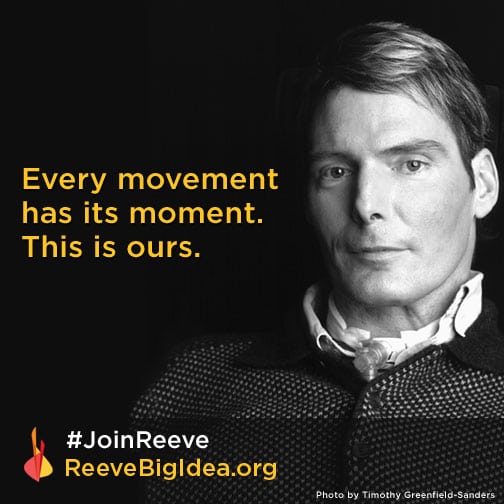 The Christopher & Dana Reeve Foundation is excited to announce some breaking news. Today they have officially launched a new campaign called The Big Idea. The mission for this campaign will be working toward redefining what it means to live with spinal cord injury (SCI).

The Big Idea is supporting the next phase of research for epidural stimulation of the spinal cord since the successful report of four men with SCI seeing significant improvements in mobility. The four participants were able to move their legs and stand, while also improving autonomic functions, including bladder, bowel and sexual function, and temperature regulation.

This breakthrough calls for the next phase of research. This will include evaluating 36 candidates to determine efficiency of epidural stimulation in restoring autonomic functions, movement below the injury level, and the ability to stand. The Big Idea wants to change the future of what it means to live with paralysis. It might only start with 36 candidates, but the program is hoped to soon expand to hundreds and then thousands of people after this phase of research.

So how can YOU support The Big Idea?

Use hashtags #JoinReeve and #36for36 and tag us on Facebook by using @Christopher & Dana Reeve Foundation in your post.

Here at Rollx Vans we do more than sell wheelchair vans. We strive to make a difference in the wheelchair community around us, so we encourage you to join the Reeve Foundation and us as we have this opportunity to mobilize and transform lives.