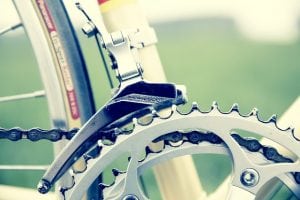 The family of late actor Robin Williams has placed 87 bicycles from his personal collection up for auction in order to raise money for people with physical disabilities. The proceeds from the auction will be split between The Christopher and Dana Reeve Foundation (one of our partners) and the Challenged Athletes Foundation (CAF).

So far, it looks like the average bid for each bike will go even higher than $5,000. The auction runs until October 25th at 1pn EST.

A quote from the Williams family on the auction’s website states:

“We hope these bikes will bring their new owners as much joy as riding them, and helping these causes, always brought him.”

Robin Williams, who committed suicide on August 11th, 2014, inspired and helped people both on and off the screen.

Besides being one of the most critically renowned comedians ever, Williams was also an active member of the cycling community and an outspoken advocate for people with disabilities. He was active in both the Christopher and Dana Reeve Foundation and the CAF all the way up to his untimely death.

“Like Christopher Reeve, Robin Williams was an unmovable force. To have them in the same room, let alone fighting for the same cause, was extraordinary… Robin provided unending support without fanfare or question, and became a powerful voice for the millions of Americans living with paralysis.”

If you have a few extra thousand dollars that you want to donate to an amazing cause, head on over the auction’s page and bid on one of the bikes. If not, help us spread the word of this wonderful gesture by sharing this story with your family and friends!