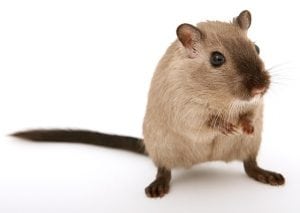 Imagine you just typed up a document on your computer.  Once you finish, you typically go through and check for errors.  When you spot one, you simply click on it, delete the error, and retype what it’s supposed to be.

Now, imagine if scientists were able to do that with human DNA.  They review a subject, find the “error” in their DNA, delete it, and replace it with the correct information.

It might sound a little like science fiction, but it’s something the medical field is currently finding success with, and it’s due to something called CRISPR.

Checking the Body for Errors

Put into perspective, that’s upwards of 25,000 males.  And that’s just one form of muscular dystrophy.

Though there is no cure currently, and treatments are pretty limited.  However, researchers just took a substantial step forward.

Using CRISPR, scientists were actually able to treat Duchenne muscular dystrophy in mice.  By injecting CRISPR into affected mouse embryos, the effected genes of the mice are identified and deleted from the sequence.

It’s important to note this wasn’t a complete cure.  However, the treated mice showed significantly better performance than non-treated mice.  One of the researchers on the project believes that as many as 80{4484a610ba12ad46baec767347073917e486819a83b2d744ced0feda89144e79} of people with DMD could benefit from a similar treatment.

The next step would be to repeat the success of these trials on larger animals.  In addition, teams are working towards better replacing the affected genes that CRISPR removes, thus restoring more strength.  Actual human trials are still, at best, a few years away, but the scientists involved are very optimistic.

CRISPR is an acronym that stands for Clustered Regularly Interspaced Short Palindromic Repeat.  Yeah, it’s a bit of a mouthful.  But the application potential for these palindromic DNA sequences is huge.  In fact, CRISPR was proclaimed science’s 2015 breakthrough of the year.

Due to the fact that CRISPR involved directly editing and modifying human genomes, there are a number of ethical questions standing in way of direct human application.   But it seems fairly certain that CRISPR and the potential it brings is here to stay.

And when the next big CRISPR breakthrough happens, you can expect us to be talking about it here at Rollx Vans, your source for accessible vans.

What are your thoughts on scientists being able to edit human DNA?