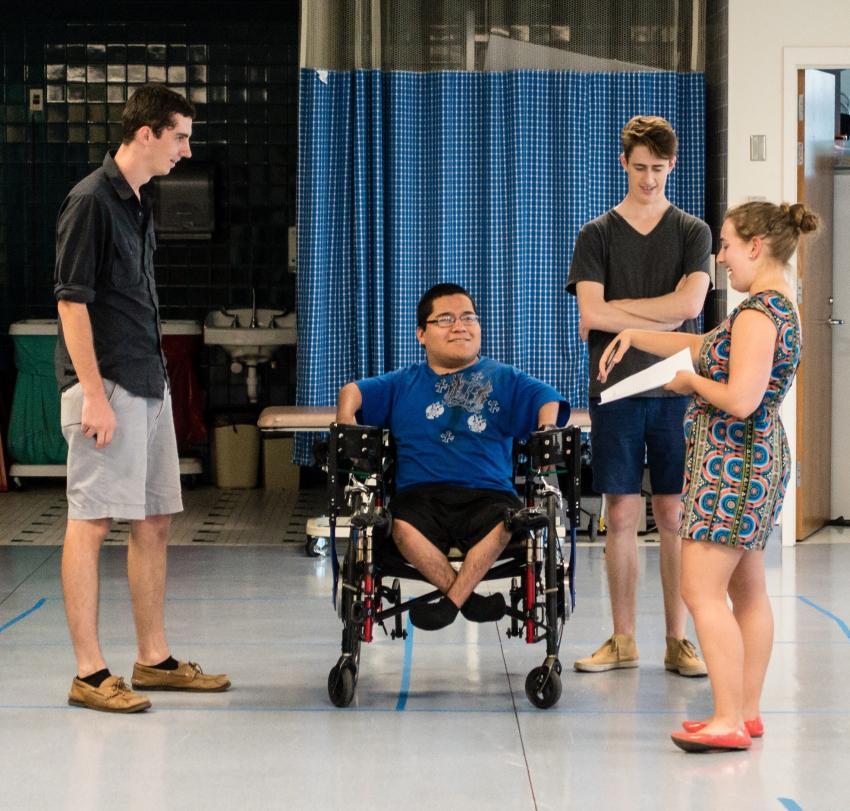 Pedro Mendez, a 15-year-old boy from Houston, Texas was born with the rare disease of arthrogryposis, making it impossible for him to use a normal wheelchair. So a team of students decided to make his dream come true.

Arthrogryposis, also know as arthrogryposis multiplex congenita is a congenital disorder where joints have contractions. This usually occurs in the arms and legs, making them hard to move and sometimes even get stuck. Arthrogryposis means that joints are curved or crooked, hence the Greek meaning of the term being “curving of joints”. Only 1 in 3,000 babies are born with arthrogryposis and each condition is different from one another. The condition varies from mild to very serious as it can affects from just a few joints to almost every joint in the body. The more serious the case the more it restricts their movement. Pedro has a serious condition of arthrogryposis, making movement very limited in all of his joints. His limitations became so serious that it came to the point where he could not even operate a wheelchair, so he always needed assistance from his parents and siblings. He is unable to grip the wheels of a normal wheelchair, because his joints do not allow him to pull his arms in at the elbows.

A New Innovation is Introduced

A team of mechanical engineer students from Rice University has been working on designing a wheelchair that Pedro was able to use. They spent years trying to figure out the specifics of Pedro’s capabilities, which is where the “rowing motion” theory came about. After 4 years of working toward this, they finally made this design reality. The team created a model with push-forward peddles instead of armrests. It is equipped with spring-loaded arms used for the peddles, allowing Pedro to “row” his way forward. This “rowing” wheelchair was truly a dream come true for Pedro as he can finally gain some independence in his mobility. Technology is continuously increasing from wheelchair vans to a connected wheelchair and now a “rowing” wheelchair. What do you think will be next?