The Americans with Disabilities Act - Rollx Vans
Skip to content 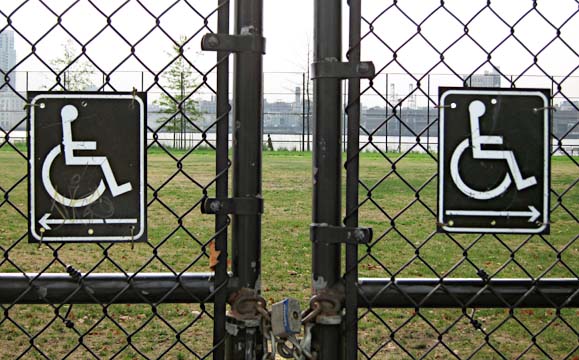 July 26, 1990 was a historic day for all people with disabilities.

On that day, the government of the United States passed the Americans with Disabilities Act.

The Americans with Disabilities Act (also known as ADA) guaranteed and protected a wide range of civil liberties for people living with various disabilities.  The main focus to stop put an end to unfair treatment of a person just because they have a disability.

Breaking Down the ADA

The ADA applies to anyone who has a physical or mental impairment that substantially limits a major life activity.  There were five titles to this law.

A workplace cannot discriminate against a qualified applicant simply because they have a disability.  If they are capable of doing the job, they must be treated like anyone else.  This affects not only the hiring process, but also compensation, promotions, training, scheduling, etc.

This title provided a great increase in employment opportunities for those with disabilities.

The section applies to all public entities such as schools municipal and government buildings as well as all forms of public transportation.

The various places must be able to accommodate people with disabilities whether they’re employees, visitors, or travelers.  This had a large impact in public transportation as a whole.

All people, whether they have disabilities or not, must be entitled to equal enjoyment of goods, services, and facilities.  There are many areas that fall under this title from hotels  and restaurants all the way to churches.

Barriers preventing access to people with disabilities must be removed and additional means of access such as elevators or ramps must be added where needed.

This title amended the Communications Act of 1934.  It predominately applies to those with hearing or speaking complications, making sure telecommunication companies provide alternative means of access to these people.

The final title is mostly to cover any areas missed in the previous four titles.

The ADA was not without resistance.  Many people were considered with how much this bill would end up costing everyone, both the government and individual businesses.  The addition of ramps, elevators, access points, etc. was quite costly.

Also somewhat controversial was the fact that it dictated laws upon private groups such as private schools, churches, and other religious organizations.

Nevertheless, the ADA passed, and while it may have not been perfect, it did some great things for the community of people with disabilities.  In 2008, it was updated and amended by George W. Bush to give broader protection for the people under the law.

Thanks to this act, the quality of life for everyone in America became a little more equal, and we think that’s something to be happy about.