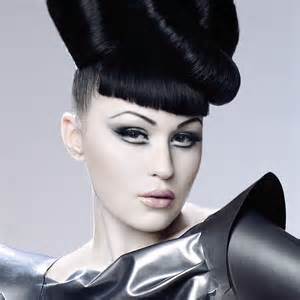 She’s a singer, songwriter, and model, but Viktoria Modesta is not your average pop star.

Just like there are always new handicap vans, there are new pop stars that are constantly finding ways to stand out and get their career moving forward. Although, Viktoria took a unique turn in pop culture.

Latvian performer Viktoria Modesta is changing the meaning of disability as she has become the world’s first amputee pop artist.

Viktoria has had to live with health issues due to her left leg being damaged at birth. As a young child, this became a big part of her life as she had 15 operations on her leg between the ages of 6 and 12 years old.

At the age of 20 years old, she voluntarily decided to have her leg amputated.

Instead of letting her situation negatively affect her attitude as it would with most people, she did the opposite. It led her to truly discover herself and the feeling of equality and freedom.

A New Life for the “Bionic” Pop Star

Her prosthetic leg has led her to positively reconsider her capabilities as an artist. Since her operation, she has creatively shown off her leg prosthetics, which has encouraged others with disabilities and challenged today’s beauty standards.

The variety of prosthetic legs she has used in her performances have included limbs that light up, have speakers in them and have sharpened points. She even had one that was covered in Swarovski crystals when she performed at the 2012 Paralympics closing ceremony as a Snow Queen.

Viktoria and her song ‘Prototype’ was recently introduced to millions of viewers during The X Factor Final on December 14th. She was given the opportunity to be a part of Channel 4’s brand campaign, ‘Born Risky’.

As she challenges the modern perception of altered beauty, she represents in freedom of choosing your own identity, not based on physical disabilities.

“Disability should exist within pop culture on a more widespread level as equal, it shouldn’t be a shock or a rarity. It should be just as acceptable to see a disabled person on TV as other minority groups of race or sexual orientation,” said Viktoria.

For more information on Viktoria Modesta, you can visit her site here.