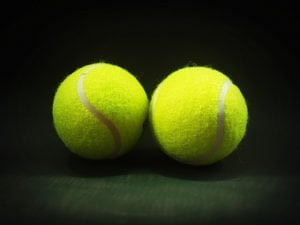 Over the past 400 years or so, the sport of tennis has changed and evolved. Rackets were added, lawn tennis was replaced by courts and players can even compete in prestigious tournaments all around the globe. While tennis originated in the 12th century, the sport has been growing in popularity ever since Henry VIII was King of England in the 16th century.

With the popularity of tennis on a rise, we thought we’d look at a similar trend on the rise: wheelchair tennis.

The Origins of Wheelchair Tennis

The adaptation of standard rules and regulations for wheelchair tennis is relatively new when compared to the centuries of time the sport has spanned. The accessible sport originated in the U.S. in 1976, and the governing organization, International Wheelchair Tennis Federation (IWTF), was created in 1988.

The adapted rules for wheelchair tennis allow for two bounces of the ball instead of just one. The first bounce must be within the in-bounds markings of the court, but the second bounce can be outside the lines. Players may lose points if they fail to return the ball before the third bounce or if they move too far out of their wheelchair (one buttock must remain in contact with the chair) while returning the ball.

Wheelchair Tennis on the Rise

At the time of its creation, wheelchair tennis was played in only eight countries, and now it’s estimated to be played in more than 100 countries across all populated continents. According to the Wimbledon blog, in 2011 approximately 50 people per week played wheelchair tennis, and as of 2015 that number has risen to nearly 500 per week.

In recent years, wheelchair tennis has been added as a sport for the Paralympic Games, part of the Grand Slam opens for Wimbledon, and even as part of the Wimbledon Championship Tournament itself.

The 2016 Wimbledon tournament will include wheelchair tennis singles, in addition to doubles as it has in years past. We’ll be rooting for the players from our wheelchair van headquarters in Minnesota, will you be, as well?

Do you watch or play wheelchair tennis? What do you like about the sport? Comment below to join the conversation!