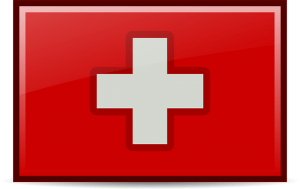 A world’s first took place in Zurich, Switzerland over this past weekend when the 2016 Cybathlon began. The unique competition was something that we stumbled upon a few weeks ago and wrote about.

While everyone was focused on the 2016 Rio Paralympics (for good reason!), this event was quietly building up in the shadows

And it most certainly didn’t disappoint.

The Cybathlon was broken into six different disciplines, which included:

Other side events were also held throughout the weekend.

Before we even get into what happened with the competitors, it’s even more important to point out the resounding success of the overall event, which sold out completely.

About 4,600 people showed up to the SWISS Arena Kloten to show their support for the 66 teams from various countries that came to compete. Over 400 contestants in total took part in the games.

The winners of the six Cybathlon disciplines were as follows:

It’s amazing to see what creative people can do with adaptive technology. Over the years, engineers, researchers and doctors have brought us everything from power wheelchairs to wheelchair van conversions, and the technology only seems to be getter more complex.

The Cybathlon is about what humans can do with adaptive technology. After the events, ETH President Lino Guzzella was quoted saying, ““What began as ETH Professor Robert Riener’s vision has burgeoned into a major international event. Today, the Cybathlon thrilled spectators from all over the world and demonstrated most impressively just what technology has to offer in assisting humans… Developing solutions that help advance our society: this is what ETH Zurich stands for.”

Did you follow the 2016 Cybathlon at all? What did you think of the events? Let us know by commenting below!