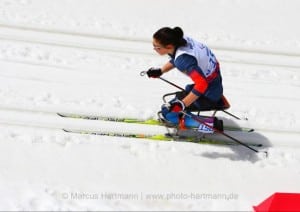 Looking for a worthwhile road trip this winter? You need only follow the steady migration of handicap vans headed for Badger territory.

The International Paralympic Committee (IPC) has announced that its 2015 Nordic Skiing World Championships will be held in Cable, WI, marking the third time that the United States has hosted the event and the first time for the state of Wisconsin.

In this small town, over 150 athletes from 20 countries will converge and compete for gold and glory on the very same trail system that marked the start of the able-bodied Skiing World Cup in 1978.

You can expect to see stars from Russia, Norway, Canada, Japan and the United States making up the largest gathering of international skiers since the 2014 Sochi Paralympic Winter Games.

Not a bad show to be hosted by a town of only 825 people.

Follow the smell of the cheese and fresh mountain air

So you’ve got your handicap van all packed up, but where do you go?

The event will be held at the massive Telemark Resort located at the base of Mount Telemark, just three miles east of the town of Cable. The resort has more than 300 kilometers of cross-country ski trails, not to mention it sits at the edge of the nearly one million acre Chequamagon National Forest.

Make it a single day, weekend or two-week trip

There are plenty of events packed into the schedule that spans the 13 days in which the world championships are held.

The entire extravaganza runs skis from January 21st through February 2nd. The schedule of events will proceed as follows:

It costs how much to attend?

You read that right. Seating is open to the general public and is completely free. Spectators can see the events play out from multiple grandstands along the entire course, which even have allocated wheelchair spaces (would it be an IPC even without them?).

Save your money for the beer and brats.

Brave the cold for a once in a lifetime chance

Even if you are on the fence about attending, there is still time to plan your trip. It could be years before the next round of the games is hosted in the US again and even then, they could be located even farther out of your reach.

So grab your camera, your winter coat and your wheelchair, load a few friends into your handicap van and head to Wisconsin to see history in the making.

For more information on the 2015 IPC Nordic Skiing World Championship, visit their website.