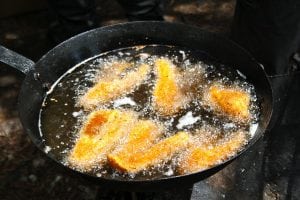 At Rollx Vans, we’re big advocates for fundraisers and events happening in our community. Especially when they take place so close to home that we could drive one of our new wheelchair vans right over there, like the Kolar Toyota ALS Walleye Tournament that takes place in Duluth every spring.

The tournament, created by Hrbek after the loss of his father to ALS in 1982, was first held in 1996, with a final tally of $40,000 raised for ALS research. It has since raised more than $2.5 million collectively throughout the years.

In addition to sponsoring research vital to ALS treatment advancements and the search for a cure, a portion of the dollars raised from this event also help individuals with ALS living in the Island Lake area.

This year marked the 21st year of the Walleye (and Bass) tournament on Island Lake. The event took place on Saturday, June 4, and was hosted by former Minnesota Twin, Kent Hrbek, and former NHL players Jim Johnson and Darby Hendrickson.

In an interview, Hrbek said, “I always look forward to coming back to Duluth. The anglers help raise a lot of money to help the folks with ALS. My goal is to someday hold a big party because a cure was found.”

The big Walleye winning team was Bryan Kershaw and Jeff Romosz from Twin Ports, MN, with a basket of six Walleye weighing a total of 11.4lbs. This team also took first place in the Big Walleye Bonanza with a single Walleye weighing in at 6.01lbs.

While the feats of the anglers are quite impressive, nothing is more so than the success of this year’s tournament. On their Facebook page, the tournament hosts announced the 2016 event raised a record $212,000 to help those living with ALS!

The next tournament starts on June 3, 2017. Will we be seeing you there?