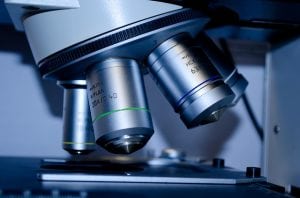 Researchers at Oregon State University have taken huge strides forward in the fight against amyotrophic lateral sclerosis (ALS), publishing a study that contains an experimental treatment that has halted symptoms of the disease for almost two full years.

Despite years of medical advances, and many setbacks, the scientific community has not yet been able to cure the motor neuron disease that came into the limelight when it affected Lou Gehrig, and has since afflicted more than 30,000 Americans each year.

Although they have not been able to cure the disease, scientists know a fair amount about it. ALS causes a breakdown of motor neurons in the spinal cord, a phenomenon that has been attributed to mutations in copper/zinc superoxide dismutase.

Copper is essential to human life because it helps with metabolic processes, but when mutated copper reaches cells in the human body, ALS can manifest itself.

Using this bit of knowledge, scientists were able to treat mice infected with ALS by injecting copper into cells with damaged mitochondria. This reduced the damage caused by the disease in mice and stopped the progression of ALS for more than 650 days.

Without the treatment, the mice only survived for two weeks.

After stopping the copper treatment, ALS symptoms returned in the test mice but once the treatment was restarted, the progression of the disease was once again halted, allowing the mice to survive for up to another year.

This progression in treatment has left researchers and academics shocked at how well the copper-ATSM worked in test mice. They are now predicting that they will be able to replicate the results in human trials, should they get the approval to move forward with them. As of now, researchers say that the treatment could extend the life of those who have ALS, or at least treat carriers of the mutant gene by suppressing it.

A Good Year for ALS Treatments

The beginning of 2016 has brought even more good new for ALS treatments, as bio-pharmacists were also able to advance research on a treatment that improves the lung capacity and muscle strength of patients with ALS. Two separate clinical trials were conducted for the treatment, with both showing significant signs of success. During the trials, 30 of the 40 patients who received the treatment saw signs of slower ALS progression.

At Rollx Vans, we have seen firsthand how ALS can affect people and their families. It is a disease that leads to a life spent in a wheelchair. But that doesn’t mean people with ALS shouldn’t be able to get around, which is why are proud have a huge stock of wheelchair vans for sale. If you or anyone you know needs a new or used van, give us a call or email us today.