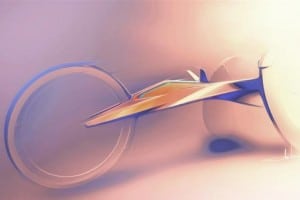 Over the years, automakers have had a large impact on the wheelchair using community by investing in technology that helps people with disabilities get back on the road. From new vans that feature lifts and expanded seating to converting used handicap vans, the industry has taken great strides to make life easier for millions of people.

They are even known to use their technology to help Paralympic athletes, often supplying them with the tools that they need to compete on the world stage.

German automaker BMW has created a new racing wheelchair for the US Paralympic Track and Field team who will be competing in the 2016 Special Olympics, which is set to take place in Rio de Janeiro, Brazil.

The chair, which is considered to be one of the most advanced of its kind, will feature a new design that has never been seen before. Working in tandem with Team USA’s wheelchair development team, engineers formed a partnership that fused creative design with pragmatic performance capabilities.

The results were a racing wheelchair like no other.

A New Age of Racing Wheelchairs

The high performance racing wheelchair, which will delivered to the US Paralympic team in early 2016, has a newly designed chassis, improved steering and braking capabilities and a carbon fiber body that increases aerodynamic efficiency.

Simply put, athletes will have greater control at even the highest of speeds. These wheelchairs are designed to travel up to twenty miles-an-hour.

This isn’t the first time that BMW has delivered state-of-the-art technology to Olympic athletes. The automaker was a great help to Team USA in the 2014 Winter Olympics in Sochi, where they provided the essential technology used by the US bobsledders who took home the bronze.

That was the first medal taken home by a US bobsled team in over sixty years.

Trickling Down into Everyday Life

While it’s nice to see technology put into use by Paralympic athletes, we also have to consider the greater societal effects that these new wheelchairs have. It’s this very technology that enhances the lives of people with disabilities, and one can only hope that some type of mass production will follow in the wake of its Olympic success.

Anything that puts more effective and cost-efficient technology into the hands of the public is always a good thing.

What do you think of the new racing wheelchair? Let us know in the comments below.