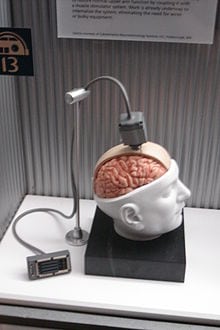 In many ways, the human brain is not so different from an advanced super computer. Millions of tiny electric signals are sent across a network array, issuing commands and relaying feedback.

But where a computer can plugged into external sources or placed inside a newer machine, the mind is a bit more complex.

Neuroscience has advanced significantly over the past few decades, and yet, there’s still so much we don’t know about the brain, particularly when things start to go wrong with it. If we could better identify what brain signals went where and what they controlled, we’d be able to potentially find the root causes for brain diseases like alzheimer’s or even neuron conditions such as multiple sclerosis.

Additionally, by understanding the network of brain signals, we might be able to redirect them to external sources. In other words, people could control machines with their minds.

Mapping the Signal of the Mind

Like many advances in science, it sounds like something straight out of science-fiction. But when you look at the actual theory, the idea of someone controlling a machine with their mind isn’t too far fetched.

Let’s say you’re sitting at your computer (which currently, you probably are). When you move the mouse’s cursor across the computer screen, your brain is sending a specific signal to your hand telling it to move the mouse.

Now imagine a scientist recorded and mapped out that exact signal. They then program a computer to react directly whenever your brain sends that signal. Therefore, if your brain thinks to move the mouse, the computer is notified of that specific brain signal and moves the mouse accordingly.

The crazy thing is, this technology already exists.

From 2004 to 2006, a group of researchers Massachusetts General Hospital, Brown University, and the Department of Veterans Affairs ran trials on a program called BrainGate. This consisted of implanting a sensor into a person’s brain and then using an external device to decode the signals and translate them to a computer.

In these tests, people who were quadriplegic were able to move a mouse across the computer screen, open emails, and more just by thinking about it. A few years later, the second trial (dubbed BrainGate 2) started up with the hope of adding more functionality.

One of the participants was able to command a robotic arm to lift up a bottle of coffee and so she could take a drink from it. It was her first unaided drink in 15 years.

As of last year, the research locations behind BrainGate are actively recruiting for clinical trials.

The Future of Mind-Control

Progress is steadily being made, but there are still many hurdles to overcome. For starters, every BrainGate device must be specifically calibrated for a specific person. Each person’s mind operates in different ways, often radically so.

In fact, individual perception as a whole is a scientific mystery. For example, when it comes to colors, there’s no way to prove that people see them the same way. So how your mind displays the color blue, for example, might look completely different than someone else’s mind.

Therefore, BrainGate has to be attuned to a specific mind for each user, and of course, that user then has to train their mind to utilize it.

To learn more about BrainGate, you can visit their website here.

What do you think of people controlling machines and possibly even artificial limbs with their mind?  How would you use this technology in your own life?