Chicago Hockey For Children and Adults with Disabilities
Skip to content 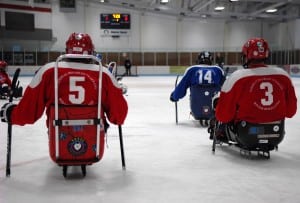 For Chicago-area residents with disabilities, indoor sports are a great opportunity to shake off the rust that builds up in most people’s joints during the winter months. That’s why organizations like the AHAI (Amatuer Hockey Association of Illinois, Inc.) and USA Disabled Hockey are so vital; they allow both children and adults to get out of the house and stay active all year round.

Thanks to generous donations from the Chicago Blackhawks, and their various charitable organizations, AHAI has been able to fund and maintain their Disabled Hockey Program. Featuring multiple leagues for children and adults with various physical disabilities, AHAI has something for almost everyone who lives in the Chicago area.

The various programs can teach people with disabilities to play the great game of hockey and provide a great place to have fun throughout the winter.

For those of you with Chicago wheelchair vans, it’s time to pack up your hockey gear and get involved in one of these amazing leagues.

A League for Everyone

There are various programs for adults and children throughout the City of Chicago and its surrounding areas. No matter what your physical disability may be, you are sure to find a home in one of the AHAI’s many leagues.

The Hornets are a youth hockey team made up of children from ages 5-20. This sled hockey team plays on Tuesday nights at the Addison Ice Arena and frequently competes against able-bodied teams in Illinois.

Sled hockey is perfect for people with disabilities who need to remain seated while playing on the ice.

The Falcons sled hockey team, open to both youth and adult hockey players, trains on Sundays in Waukegan, IL at Hotshots Arena.

For adult players only, the Rehabilitation Institute of Chicago’s (RIC) sled hockey program runs from September through July every year. Practices are held every Wednesday night at Chicago Park District’s McFetridge Sports Complex.

There are also leagues for standing/amputee hockey players who play upright. No matter which league is right for you, the AHAI and other organizations can make it happen.

Do you have a favorite sports league that you love to play with and want others to get involved? Let us know what it is in the comments section below!