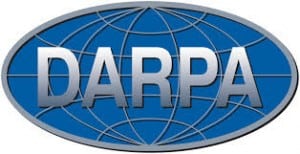 Prosthetic limbs are nothing new, but the technology behind them has been making leaps and bounds in recent years. From cost-efficient, 3D printed limbs to heavier robotic versions, many advancements of prosthetic limbs have become available to consumers over the years.

The one thing that most prosthetic limbs, no matter how advanced that they are, have not been able to accomplish is the ability to allow the wearer to feel, or at least simulate the sensation of feeling.

This is exactly what the US government has said that they have accomplished.

The Robotic Arm of the Future

DARPA, the US Defense Advanced Research Projects Agency, recently presented their latest achievement: a robotic arm that is not only controlled by the human brain, but it can allow the user to feel what it touches.

This technology, if adapted properly, could have huge implications for people with disabilities. Imagine being able to actually feel what you are holding in your prosthetic arm, to be able to feel the hand controls of a wheelchair van, or anything that you interact with. Soon, this technology should be implemented into prosthetic legs, as well.

How Does it Work?

The robotic arm is connected to the user through a series of wires that hook up to the motor cortex, allowing the wearer to control the movement of the arm using the part of the brain that controls muscle movement. The arm also activates the sensory cortex, which identifies sensations that the body feels, essentially allowing the wearer to feel what the arm is touching.

The arm is also modular, meaning that it can be fit to many people with missing limbs, no matter how much of their limb is missing. It can replace anything from a hand to everything below the elbow to an entire arm up to the shoulder.

Testing Was a Success

The team tested the arm by blindfolding the wearer and touching the fingers of the arm, asking the wearer to guess which fingers were being touched. They even tried to trick him by touching two fingers at a time, a test that was passed with flying colors.

The arm is a result of nine years of research and development, and there is still a lot more work to be done. The arm has yet to be tested by other professionals and it has not yet been submitted to any scientific journal for publication or review.

Even if the arm is not yet ready for the general public, it certainly presents and exciting look into the future of prosthetic technology.

Check out DARPA’s arm in action.

What do you think of DARPA’s robotic arm? Is it something to get excited about or just a fantasy that is still years away? Let us know in the comments below.