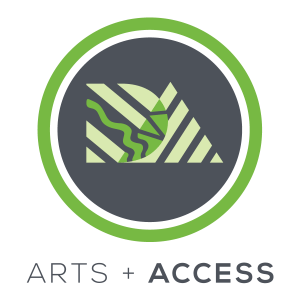 April 10th marks the debut of a new arts festival in Grand Rapids that is the largest of its kind in the world. The DisArt Festival is a 15-day event with a mission to spread an understanding of disability through art, as well as promote an appreciation for work created by artists with disabilities. This city-wide festival features independent films, art exhibitions and fashion and performance art to communicate the overall goal of overcoming prejudice and strengthening the community.

“This is the largest Disability Arts Festival ever to be programmed in the United States – maybe even the world, although there are a couple in the United Kingdom that come close,” said Chris Smit, director of the DisArt Festival. In fact, the centerpiece of DisArt is an international art exhibition from Great Britain called “Art of the Lived Experiment.”

The exhibition first debuted in Liverpool, England, last year as part of Great Britain’s DaDa (Deaf and Disability) Festival and was a big success. This year, the exhibition will feature 19 artists from overseas, including sculptor Tony Heaton and performance artist Simon Raven. In addition, there will be seven newly commissioned works by American artists, including mixed-media artist Jeremy Burleson and performance artist Raphaelle de Groot.

“The fact that we can look at how we create art from different perspectives, from different contexts, is really quite exciting,” said Ruth Gould, artistic director of the DaDa Festival. “To actually see how more American work will be added to it, I think, will show a real growing concept.”

Gould, as well as several of the featured artists, will attend the opening reception of the DisArts Festival on Friday in Grand Rapids. One of those featured artists is Tom Olin, a documentary photographer who focuses on the disability civil rights movement. His exhibition, titled “Access is a Civil Right: The Photography of Tom Olin”, will definitely be a focal point of the festival.

“Tom has been with the disability civil rights movement since the 1980s, followed it all the way through to the adoption of the ADA, and is still taking pictures of protests all over the country regarding the justice movement in disability culture,” Smit said. “He’s a troubadour, a wonderful, journalistic photographer whose work has never really had a chance to be collected like it will be for DisArt Festival.”

The city of Grand Rapids has appointed 2015 as the “Year of Arts + Access” by showcasing the creativity of the city as well as focusing on ways to build the community and celebrate diversity. “This is going to be an extraordinary year for us in Grand Rapids in which we focus on the creative abilities of our people,” said Grand Rapids Mayor George Heartwell.

Although the event is in Grand Rapids, MI, we think it’s a great organization worth sharing with our Rollx community. However, if you have a free weekend coming up, consider packing up your wheelchair vehicle and taking a road trip to the DisArt Festival to see some incredible and inspirational artwork! For more information, check out the video below or visit www.disartfestival.org

What are some ways your community can celebrate diversity and artists with disabilities? Please share your thoughts and ideas in a comment below!