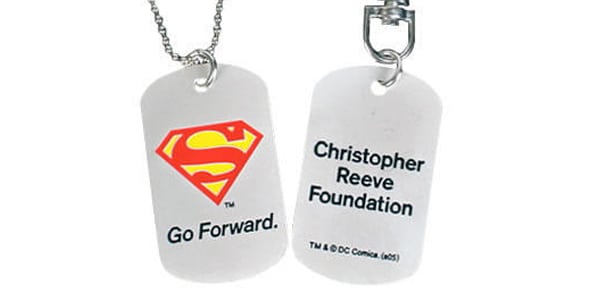 When it comes to promoting awareness, raising funds, or asking people to donate money to a cause, there’s often a lack of subtly.

People are sometimes given guilt trips or forced to buy something they have no need for.

It’s probably what scares people away from advocating causes in the first place.  But when done correctly, fighting for a great cause shouldn’t be awkward.  Telling someone about something you care about should be enjoyable for you and inspiring the other person.

And there are so many ways to do it.

Take for example Kerry Riccio.  Kerry Riccio is the sister of Carl Riccio, a man who became quadriplegic after suffering a wrestling injury at the age of 17.  In the ten years that have followed that injury, Carl has gone on to be an advocate for people with paralysis as well as a promoter of stem cell research.

In addition to inspiring tens of thousands across the nation, Carl has been a constant light of hope to his family.

This summer, Carl’s sister Kerry is getting married.  In honor of her brother, she decided to do something special for the party favors that the guests will be receiving.  The favors are Superman key chains sold by the Christopher and Dana Reeves Foundation that say “Go Forward.”

Attached to each keychain is a small picture of Carl during his childhood while he was dressed up as Superman.  On the back is a short and sweet message saying how much of an inspiration Carl has been to them.

What Makes it So Great

All the proceeds made from the keychains Kerry purchases will go directly to the Christopher and Dana Reeve’s foundation to help promote awareness and raise funds for medical research.  On top of that, every guest at the wedding will see the direct impact Carl has had.

Most likely, many of these guests will be inspired to share the story of the keychain and perhaps make a donation themselves.

When it’s all said and done, this small act of purchasing wedding favors will simultaneously raise money, promote awareness, and share the story of how one man has inspired so many to keep hope.

Hopefully this story can inspire some of you to find new and creative ways to be an advocate for a great cause.

To see more information about Carl Riccio, you can visit his official website here.

To buy your own Superman “Go Forward” keychain, click here.