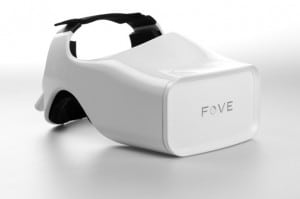 Imagine being able to play the piano without ever having to move your hands or press down on the keys.

Thanks to evolving virtual technology, that reality is coming to life before our very eyes.

Enter the newest competitor to the virtual reality game: the FOVE headset.

New Abilities in the Blink of an Eye

Technology certainly develops at a quick pace, and the developers that have created the FOVE headset have carved out a name for themselves in the industry.

The new headset, created via funding through Kickstarter (which garnered over $400,000 in donations) is set to begin its next stage of development and is already catching the eye of people with disabilities.

One of the many abilities that sets the FOVE headset apart is its ability to control movement through your eyes. Similar to the movement of Stephen Hawking’s very costly wheelchair, the technology allows the user to control everything with only his or her eyes.

And that’s how a boy with Muscular Dystrophy led his orchestra by playing the piano with his eyes.

Using technology developed during the headset’s Eye Play the Piano project, a young musician suffering from MS was able to play the piano by simply picking out notes and chords with his eyes. The headset and a mechanized piano did the rest.

See the video of his impressive feat below.

The technology of FOVE is being tested and implemented all over the world.

According to the creators, the technology works “because FOVE knows exactly where the user is looking with imperceptible delay, we can enable a technique called ‘foveated rendering. This allows us to focus the fidelity on the part of the vision that matters most.”

Using this technology, children with MS are also able to control the mouse of a computer, type with a keyboard by looking at letters and control robotic figures by giving commands with their eyes.

Keep Your Eyes on the Road

The interesting thing about game developers is that the technology they create can be used for more altruistic purposes. While virtual reality rendered by headsets like Oculus Rift can certainly be used to gun down alien hordes in a virtual world, they can also be used to enable people with disabilities to experience realities that they never thought possible.

If this technology was incorporated into the industry’s disabled vehicles, we could be seeing people drive their cars by using only their eyes, opening up a whole new world of freedom for people who suffer from degenerative diseases.

What do you think of this new technology? Will it be possible to incorporate this into vehicles in the future? Let us know in the comments below.