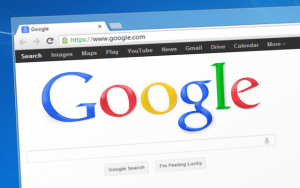 It’s not every day that a 500 billion-dollar company decides to get into the wheelchair industry, but that is precisely what Google has announced it is going to do. The tech giant recently awarded a 1.125 million-dollar grant to the Center for Discovery in order to help them develop a new piece of wheelchair technology.

And this new technology is likely to be a huge help to people who need power wheelchairs.

The new device that has captured the attention of Google is the indieGo (not to be confused with the crowdfunding website, indieGoGo). The device is a small platform that wheelchair users can position their chair on. The platform can then be moved about using a simple joystick, just like a standard power wheelchair.

What makes this technology so special? It’s all about cost. Power wheelchairs, as many people unfortunately know, can cost well over 10,000 dollars, but the creators of the indieGo have a goal of setting a price tag of 1,000 dollars on their device.

It’s still no small amount of money, but it is a fraction of the price of your average power wheelchair (there are even manual wheelchairs that retail at a higher price point). The creators maintain that they are not out to make money, saying that their “goal is to build something that turns the present industry on its head.”

You can see the device in action in the video here.

The indieGo is small and light enough to be taken with wheelchair users, and can easily fit into the trunk of cars or handicap accessible vans.

Preparing it for Release

Under the terms of Google’s grant, the Center for Discovery must get the indieGo ready for user trials within the year. The team who is working on it has a goal of making the new device look more sleek and modern, rather than have it appear to a be an ordinary medical device. It will also require no modifications to be made to a person’s wheelchair in order to be used.

The best part about the device: it will be open sourced, which means that anyone will be able to build upon the components and parts. This leaves it open for any brilliant minds who want to try to improve upon the existing technology in the future.

What do you think of the device? Are you excited for it? Join the conversation by commenting below!