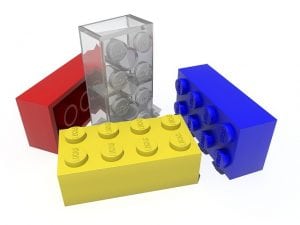 The Lego Group has released a statement saying that they will release a standard minifigure depicting a young man who uses a wheelchair. Set to be released as a part of their Fun at the Park set, the minifigure will be the first of his kind.

Over the past few years, Lego has been trying to become more inclusive with its playsets, and they have received numerous requests from people with disabilities to incorporate people from their community into their lines of toys.

Lego has long been the toy of choice for inspired little builders across the world. It has been such a quintessential part of the modern child’s life that you would be hard-pressed to find a person who didn’t have a single set, or at least a pile of bricks, laying around their house while growing up.

Because of the important role they have played, the small colored bricks have also been used as both an educational source and a means to represent equality of all people. This is the reason why Lego colors their minifigures yellow: they are meant to represent all people of all nationalities and backgrounds.

So, when the company that represents equality for all fails to include people with disabilities, people tend to take notice.

A New Response to an Old Campaign

Lego has released Duplo sets (it’s toys for children five and under) in the past that feature a person in a wheelchair, but the person was an elderly man, which lead to complaints that he wasn’t representative of all wheelchair-using people.

Some users on Lego’s ideas website have even submitted plans for a series of Lego wheelchair vans, each to be complete with a woman in her very own wheelchair. Unfortunately, the plan never received the required support from the Lego community and thus was never considered for release by the company.

This will hopefully be just the first in a series of sets that make an effort to incorporate people who have disabilities. Lego is a big part of many people’s lives, even into adulthood, and it would really be something special to see more figures who represent all people of all backgrounds.

What do you think of the new minifigure? Do you plan on buying it? Let us know in the comments below!