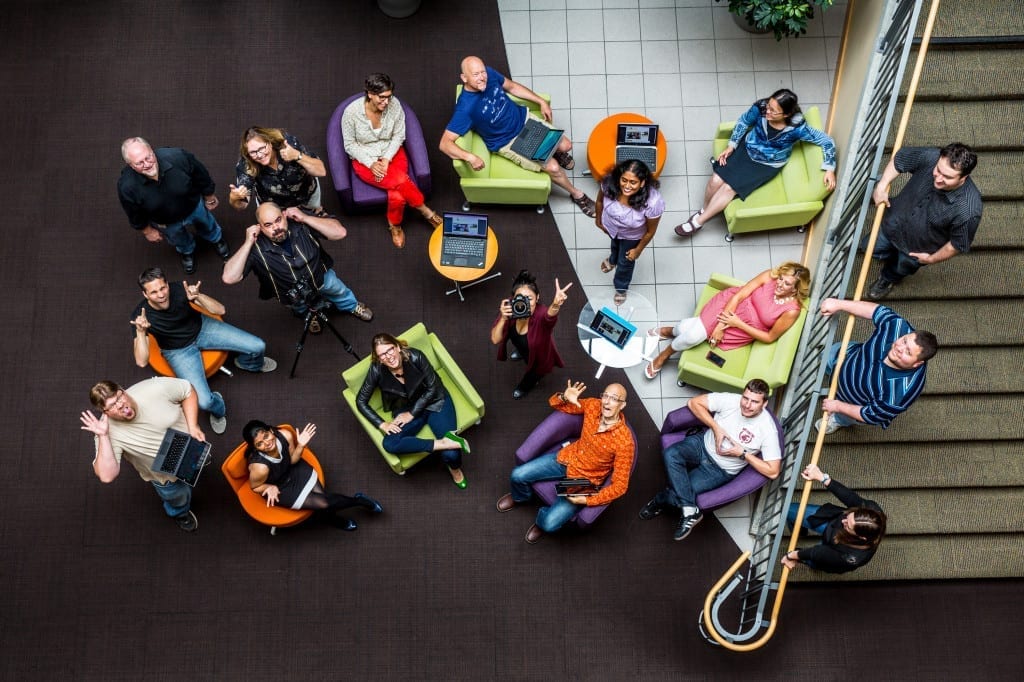 In late July, Former New Orleans Saints star Steve Gleason challenged Microsoft to make a way to use his eyes for controlling his wheelchair.

Steve is able to use his Microsoft Surface tablet to type with his eyes and was seen in a Microsoft’s commercial during the Super Bowl XLVIII about technology and accessibility.

Since his disease started to progress and Steve loses more of his mobility, he is not able to control the joystick for his electric wheelchair, so Steve thought of a new idea. This idea was to have the ability to use a Surface tablet to not only to type, but also to drive his wheelchair with the control of his eyes.

Steve challenged a Microsoft team with his idea and only a couple days later they came up with a new wheelchair interface. The team, called the Ability Hackathon Eye Gaze Team, presented it at the company wide Hackathon and were the winning team against 12,000 other Microsoft employees that presented new ideas as well.

The wheelchair interface was successfully tested by Gershon Parent, the principal software design engineer, and is used by following a red dot on screen of the tablet. The red dot called “Eye Gaze” is a sensor that allows users to control their wheelchair to move left, right, forward, backward, etc. by directing the red dot with the movement of their eyes.

Though the interface is working, it is still in the making and has duct tape currently holding things into place. It is intended to be widely available once it is finished.

Steve Gleason played for the Saints from 2000-2007. In 2006, he was named “Special Teams Player of the Year” and is remember most for the moment he blocked a punt against the Atlanta Falcons. Since it was the first home game after Hurricane Katrina happened, this became a symbolic moment for New Orleans. His punt became a symbol of recovery. After eight seasons with the New Orleans Saint, Steve retired and a few years after that he was diagnosed with ALS in January 2011.

Since he was diagnosed, he has been committed to his foundation, The Gleason Initiative Foundation, by helping others that suffer from ALS. Through his foundation, he holds life-affirming events and provides assistive technology, equipment and services. He strives to eventually find a cure for ALS, but he wants to improve their lives for the time being.

Football career could have been linked to his condition, but nothing has been proven. Even if it was, Steve is still thankful for the experience and the friendships he made being part of the NFL. Since his diagnosis, he has the opportunity to be an inspiration to others that also have ALS through his foundation.  “In a way, I see this as an opportunity to continue to be an inspiration, maybe even more so than I ever have been,” said Steve.

Technology is constantly making a way for more accessibility, from a van wheelchair lift to now controlling a wheelchair with your eyes. Steve believes the technology of Microsoft’s wheelchair interface will allow those with ALS to be inspired and gain their independence back.

Click here to learn more about The Gleason Initiative Foundation.

Do you think an eye-controlled wheelchair will make a big impact in the world of wheelchairs? Share your thoughts!