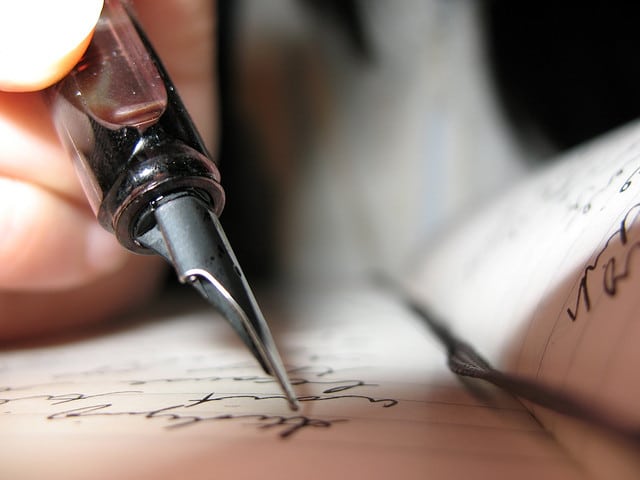 In 2008, Neil Selinger quit his job as a lawyer to pursue his true passion: writing.

Like so many would-be writers, he had gotten caught up in the working world, almost entirely forgetting his dream of enlightening the world with words and phrases.  Finally, he realized that writing would bring him a joy and peace that lawyering never could.

So he went all in.

While this sounds like the beginning of any triumphant, feel good story, the events of Neil Selinger take an unexpected turn.

About one year after retiring to chase his dream, Selinger was given a heartbreaking diagnosis.

Amyotrophic lateral sclerosis, better known as ALS or Lou Gehrig’s disease, is a condition that causes deterioration in motor neurons of the brain, causing  lose of muscle control and function.  ALS affects some more rapidly than others.

Two years after being diagnosed, Selinger was in a wheelchair, unable to talk.  One might assume this was the end of his writing career.  But while Selinger’s body slowed down, his work moved forward at blazing speeds.

His exact words were this:

“As my muscles weakened, my writing became stronger.  As I slowly lost my speech, I gained my voice.  As I diminished, I grew. As I lost so much, I finally started to find myself.”

Not knowing how much longer he would have to tell his stories, Selinger wrote like a man possessed.  He began writing his memoir: “A Sloan Project: A Memoir of a Lost Boy”.  By the time he finished writing it, he could only type with one finger, but that was enough for him.

After finishing, he was able to enjoy a public reading of his book, hosted in his very own home.  Those present described Selinger as having a glowing expression of joy on his face.

Even after losing all motor functions, Neil Selinger continued to write using eye tracking software.  Up to his last days, Selinger described himself as very happy and fulfilled, thankfully that he was able to wholly focus on his true passion.

Though ALS ultimately claimed Neil Selinger’s body, his writings and his life story live on, inspiring people to focus on their own life’s purpose.

Approximately 5,600 people in the US are diagnosed with ALS each year.  Though there is currently no cure, research is ongoing to find a way to not just slow ALS down, but to stop it all together.

To help bring awareness and raise funds for research, Rollx Vans, the nation’s leader in new and used wheelchair vans, partners with ALSA, the official organization of ALS awareness.  To learn more about ALS and ways you can take a stand against it, please visit the ALSA website here.