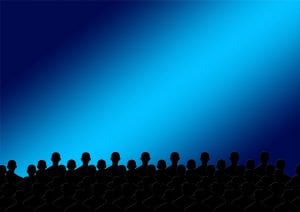 We’ve written before about the exciting steps Hollywood has taken to diversify their community of actors and actresses to include real people with disabilities to play characters with disabilities. But a new movie’s ending has taken all those tiny steps forward and rocketed Hollywood back into the limelight strife with controversy.

The fictional story in question is that of writer Jojo Moyes’ book-turned-movie, ‘Me Before You.’

The Premise Behind ‘Me Before You’

The novel ‘Me Before You’ was published in 2012 and features two main characters, Louisa Clark and Will Traynor, whose intersection plays a role in how they view life, their circumstances and even love.

When Louisa, who supports her family, loses her job and finds herself with a unique employment opportunity: to care for Will, who was paralyzed in a motorcycle accident two years earlier. What Louisa may not be fully prepared for is Will’s bitterness towards his disability and his determination to end his life.

Under the urging of his mother, Camilla, Louisa intends to prove to Will that his life’s worth living.

Both the book and movie versions conclude with the main character, Will Traynor committing assisted suicide despite finding some semblance of happiness.

A Similar Controversy of Hollywood Past

As many of us may recall, the controversial film starring Hilary Swank, ‘Million Dollar Baby,’ had a strikingly similar ending. And, throughout that controversy, the actors and directors remained loyal to the way the story ended.

Unsurprisingly, the actors, directors and even the writer are holding steadfast to their decisions. In one interview Moyes stated, “This is not a decision that we’re saying is the right decision necessarily, but it’s his decision and it’s kind of true to the character that he is.” And in that same interview the director, Thea Sharrock, stated, “I think it’s the brave choice and I think it puts the subject on the table for discussion.”

Where the Disability Community Stands

While many people in the disability community are protesting the use of the movie’s highly controversial ending, many others are also protesting the portrayal of the experiences of people living with disabilities.

And this extends beyond just individuals, but also includes well-respected organizations like the Christopher and Dana Reeve Foundation.

In a statement on their blog, the Reeve Foundation had the following to say about the storyline:

“Me Before You touches on poignant themes about what it is like to both live with a spinal cord injury and care for someone as a family member and caregiver.

The Reeve Foundation does not believe disability is synonymous with hopelessness or that living with a spinal cord injury is considered a fate worse than death.

Disability does not sideline or disqualify someone from living a full and active life. Everyone living with paralysis can live boldly.”

At Rollx Vans, we know from working with our wheelchair van customers first-hand that not everyone will be in agreement when it comes to how they feel about this movie and the controversy as a whole. But, like the Reeve Foundation, we know independence and happiness is achievable. And, until there’s a way to prevent spinal cord injuries, we’ll be here, supporting our partners and the research efforts that will lead to prevention and cures within the disability community.