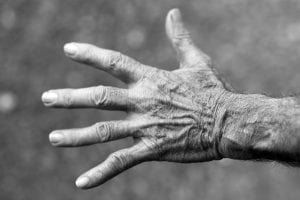 There was a time when paraplegia or quadriplegia meant that there really wasn’t a chance, save for a miracle occurring, of a person regaining control over their affected extremities.
It seems, thanks to modern medicine, that time is nearly over.

Thanks to neuroscientists, doctors and computer developers from from Ohio State University Wexner Medical Center, a man has become the first patient to utilize a new technology that has lead to him regaining control over his hands, which were once deemed indefinitely paralyzed.

The patient’s name is Ian Burkhart, and the device that was implanted into his brain is known as NeuroLife.

The nerves of the body are like electrical wires that connect the brain to various muscles. When the body needs to move, the brain sends a signal through the nerves that instructs the muscles to perform a particular action.

When an electrical current cannot travel through a wire because one component or another is not functioning, the logical solution to the problem is to bypass the broken component, which is exactly what NeuroLife does.

The small chip, which was implanted into Burkhart’s brain, allows the brain’s signals to bypass the spinal cord, instead sending signals to a sleeve that he wears on his arm. When the sleeve receives the signals from the brain, it alerts the nerves and muscles in his arm and hand to move.

This is has allowed Burkhart to regain control over his hand since it was installed in 2014.

Over the past two years, Burkhart has shown significant improvements. At first, he was only able to open and close his hand, now he can perform much more complex movements. He is currently able to pick up cutlery and hold a phone to his ear.

If the technology keeps improving at this rate, it may even be possible for patients like Burkhart to regain their ability to pilot a wheelchair accessible vehicle and perform other complex tasks that were once out of reach for patients who suffer from paralysis.

So far, Burkhart is the only person who has tried the revolutionary technology, but the team who created the NeuroLife is hoping that this will one day be a lifechanger for so many more people.

What do you think of the NeuroLife? Will people who suffer from paralysis one day be able to walk? Let us know what you think in the comments below.