Piglets Can Use Wheelchairs Too - Rollx Vans
Skip to content 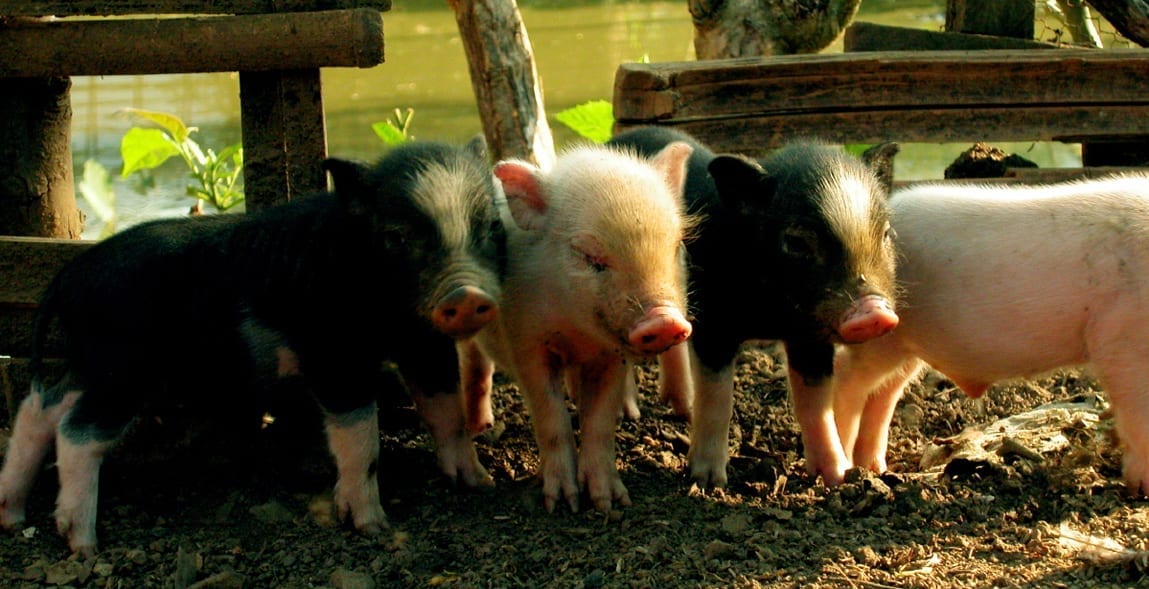 Have you ever seen a miniature wheelchair used by a piglet? Well now you can say you have.

Born on April 5th, 2014 on a commercial meat farm in Australia, piglet Leon Trotsky, was injured when his wounded mother fell on top of him and two of his siblings on the Easter holiday. His siblings were killed and his injuries resulted in a shattered hip and both of his back legs broken. He’s known to be the lucky one.

Even though he broke and dislocated his right hind femur and had ligament damage on his left side, this accident actually ended up saving his life as he was only 3 weeks old.

Leon was taken to a local animal shelter, Edgar’s Mission Farm Sanctuary in Willowmavin, Australia, where he was able to live a normal life. Pam Ahern, a vet, took him in as her very own. She treats with extensive care, somewhat like a baby, as he is fed by a bottle and takes naps daily.

Pam, as the founder of Edgar’s Mission Farm Sanctuary, wanted to make a way for Leon to live a normal piglet life. In doing so, she decided to construct Leon his very own wheelchair.

Leon is now able to continue his life at Edgar’s Mission Farm Sanctuary, while he is no longer “destined for the dinner table”. Pam explained that he is now capable of living a full life for up to 15 years now that he has a customized wheelchair to gain his strength as a normal piglet.

He will eventually need a larger wheelchair constructed for him as he grows and will also need surgery, which will result in vet bills that are approximately thousands of dollars. But, regarding this cost and labor, Pam said, “little Leon is worth it”.

“His mother falling on him was probably the luckiest day of his life, it was his get out of jail card,” said Pam.

Edgar’s Mission Farm Sanctuary is a non-profit organization that resides on 60 acres in the foothills of the Great Dividing Range. It all started with one saved pig, Edgar Alan Pig, which the organization is names after. He was the first pig that Pam saved and she has saving farm animals since. Their website states that they “seek to create a humane and just world for humans and non-humans”.

You can support Leon or the organization as a whole by making donations to Edgar’s Mission Farm Sanctuary here.

As you can see, pigs are able to use wheelchairs now… next thing you know, one of these days we might be making wheelchair vans for animals.

Have you ever seen wheelchairs designed for animals? Share your thoughts and stories!