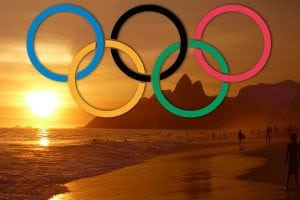 We are less than three months out from the 2016 Summer Paralympics in Rio de Janeiro, Brazil, and while we won’t be able to take a fleet of wheelchair vans down to South America to watch them in person, we will be tuning in via our TV sets as much as we can.

Last month, we started an ongoing theme of covering a different Paralympic sport (starting with wheelchair fencing), and today we are taking a closer look at the sport of sitting volleyball.

The Origins of Sitting Volleyball

In 1956, the Dutch Sports Committee introduced the game of sitting volleyball, and it was first played as a demonstration sport during the 1976 Paralympic Games in Toronto, Canada.

In 1980, sitting volleyball was first included as an official Paralympic sport in Arnhem, Netherlands. Since then, teams have been formed by countries all over the world, and is now played by over 60 countries.

The interesting thing about sitting volleyball is that, unlike most adapted sports, there are leagues for both the disability and non-disability communities. When it comes to the Paralympics, “an athlete must have a physical impairment and must go through the process of Classification prior to participating,” according to the World ParaVolley website.

How Sitting Volleyball is Played

Sitting volleyball is played on a smaller court (10m x 6m) and with a lower net (1.15m for men, 1.05m for women) than standing volleyball, but the game is known to be much faster. It’s traditionally played by teams of six, with the first team to score 25 points wins the set (with a 2-point lead). There are five sets in total.

The rules are similar to standing volleyball, but a portion of a player’s torso must remain in contact with the ground at all times.

There is also a variation for sitting beach volleyball.

As of April, 2016, the Islamic Republic of Iran is the top-ranked men’s team in the world, with the United States ranking at number 9. On the women’s side, China holds the top rank, with the U.S. women’s team ranking right behind them at number 2.

Check back with us next month, where we will be covering another Paralympic sport as we continue on the road to Rio 2016.

Will you be watching the Rio Paralympics this summer? Which sport is your favorite? Join the conversation by commenting below.