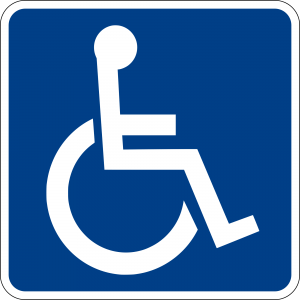 Since the ADA will turn twenty-five years old this Sunday, we have decided to take a look back at the history and effect of the influential law.

On July 26th, 1990, President George H.W. Bush signed into law the Americans with Disabilities Act, the single most comprehensive piece of civil liberties legislation that affects the more than 54 million Americans who suffer from any of the wide variety of known disabilities, both physical and mental.

The legislation was designed to end discrimination against people with disabilities, guarantee equal opportunity in the workplace and enable all Americans to have the same access to public spaces, goods, services and participation in government. It was a strong piece of legislation that followed the 1973 Rehabilitation Act, which prohibited the discrimination against people with disabilities when it came to receiving federal funds.

A Brief Timeline of the ADA

The ADA was originally introduced as a bill to Congress in 1988, which began a two year long process that would ultimately change the face of the country for people with disabilities. The bill was thanks to a large movement of people who demanded equal access to the same standard of living as anyone else.

A major factor that allowed for the creation of the bill came from section 504 of the 1973 Rehabilitation Act, which formally recognized those suffering from disabilities as a “class”, similar to the Civil Rights Act a few years before. Once the disabled community obtained this minority status, they were inherently guaranteed the same civil liberties that all men and women are constitutionally mandated to have.

In 1989 the bill was revised and passed by the Senate. A year later in 1990, the bill passed the House of Representatives and was signed into law.

The ADA has had a quarter of a century to have an affect on the lives of Americans with disabilities. It is a significant piece of legislation that has allowed the country to evolve and move forward.

Today, we live in a world where handicap accessibility is better than ever. From accessible bathrooms to entrance ramps, wheelchair vans and more, people with disabilities have a better quality of life than they have had in the past. Although greater steps can be taken in the realms of equality and accessibility, we have the ADA to thank for the ever-increasing accessible state of the country today.

To learn more about the ADA and what it has accomplished over the years, you can visit the official website.

How has the ADA made your life better over the years? Let us know in the comments below.