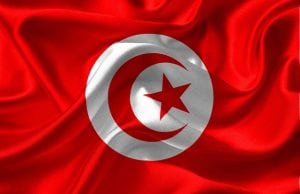 Electric wheelchairs help people with disabilities get around, but they are often limited in how far they can take people. Anyone who uses one understands the fear of being stranded away from home due to a dead battery.

There are, after all, electric car charging stations located all across the country.

Recently, one of the largest electricity providers in Istanbul, Turkey announced that they will be building and placing up to 40 electric wheelchair charging stations across the country’s largest city.

Boğaziçi Elektrik Dağıtım AŞ (BEDAŞ), the company behind the electric charging stations is also known for the many accessible classrooms they have built in the past for elementary schools across Istanbul. These classrooms, along with the new charging stations, are a part of their program called Light Up Your Life, which seeks to promote social responsibility and accessibility across the country.

They also plan to place many of these charging stations in the classroom they have built.

Lessons to be Learned

As a company that specializes in wheelchair accessible vans, our team at Rollx Vans takes a special interest in helping people with disabilities travel. No one should ever be confined to their home or have to fear becoming stuck on the sidewalk because the battery in their power wheelchair ran out charge.

Since the ADA was passed, we have made great strides to make our cities and neighborhoods more accessible for everyone, but there is definitely more that can be accomplished.

There is definitely something that can be learned from BEDAŞ, and we believe it would be a great thing for these types of charging stations to become more commonplace in the U.S. There are ways for the wheelchair-using community to get around, but this would be a great step towards full accessibility for all.

What do you think of these power stations? Do you think they will ever appear in great numbers in the U.S.? Join the conversation by commenting below!