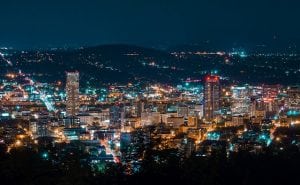 Almost two years ago, Uber introduced a new feature in its ridesharing app called UberWAV, which we applauded as a great step forward for the company. Accessibility for wheelchair users is an important step for companies like Uber to take, as wheelchair users have experienced nothing but problems in the rideshare industry since it first took off.

Over the last two years, Uber has made a concerted effort to expand UberWav into major cities across the US and Canada, and in September of last year the company made its app accessible in Portland, Oregon for the first time.

A year later, it doesn’t look like it’s done much good for wheelchair users in the city.

Limited Rides, Except at Night

After legal problems that lasted for months, Uber has finally re-launched its WAV app in Portland, and while this may seem like good news, many people have found the app to be barren of wheelchair accessible vehicles.

People are reporting that the app report no WAV cars available in the city at most hours of the day. Sometimes it takes hours to even see a single wheelchair accessible vehicle appear on the map.

How Could This Happen?

Apparently, the contractor Uber works with, called First Transit, has no drivers in wheelchair vans working for Uber in weekdays.

They only have one driver who works from 5 p.m. to 1 a.m, Monday through Friday.

One the weekends, the company performs a bit better, with three vans generally prowling the streets for fares. Even though the number of drivers triples on the weekend, none of the drivers are available until the evening hours.

It look like, at least for now, wheelchair users won’t be going anywhere in Portland (unless they have someplace to be at one in the morning.

Have you had any experience with the UberWAV app? Were you able to get a ride? Let us know, by commenting below!