Do You Want to Be a Gamer? - Rollx Vans
Skip to content 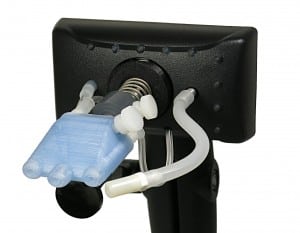 Did you know that more than 58 percent of the American population plays some sort of video games on a regular basis?

Yet, most of the adaptive game controls available on the market don’t allow the flexibility, precision and control necessary to compete with non-disabled online gamers. And, many of these adaptive controllers don’t work within changing situation games, such as online multi-player games.

That is, until now.

QuadStick, though still in its testing phases, is the only adaptive video game controller specifically created for use by gamers with disabilities while still allowing the same, full-experience game play that every other gamer has.

The controller uses the latest in sip-and-puff-based technology that allows players to move their character, and compete in real-time environments.

According to the QuadStick feature in New Mobility Magazine, the QuadStick opens up the possibilities for people who don’t have the use of their arms or legs to play alongside their friends and family.

The controller was created and developed by Fred Davison (who experienced ALS first-hand with his mother) and Ken Yankelevitz (said to be the godfather of accessible video game hardware).

The system has spent more than two years in development, followed by months of testing. After completing a model they were satisfied with, they launched a Kickstarter to fund an additional 25 controllers, so they could get further feedback and continue to finalize the product.

The Future of QuadStick

While the future of the product is still unknown, the testing phases continue to bring the controller closer and closer to a market release where gamers can take their new handicap vans to purchase the product. The developers hope this will eventually become an inexpensive accessory that will bring gamers with disabilities to an entirely new entertainment experience.

What do you think of QuadStick? Is this a product you’d try? Why or why not? Comment below to join the conversation!