WHILL Wheelchair Featured in Batman vs. Superman
Skip to content 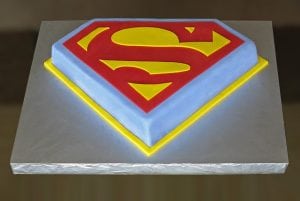 Wheelchairs are rarely the stars of feature films and even when they appear in major silver screen productions, they are usually overshadowed by the characters who use them.

But that doesn’t mean we in the wheelchair and handicap van communities cannot jump on the opportunity and take note of a pretty nice wheelchair model when it makes it into a multi-million dollar blockbuster film.

Even if it only appears for a few short scenes.

Any eagle-eyed moviegoers (and readers of our blog) who have seen Batman vs. Superman since its debut may have spotted a wheelchair created by a company we wrote about recently.

A Feature Film Debut for the Company

The Model A, a product of the Silicon Valley based wheelchair company, WHILL is the “wheelchair star” of the movie, which has already made over $460 million worldwide.

We won’t give away any spoilers, but this particular wheelchair, despite its brief appearance, plays a pivotal role in a significant plot event.

You’ll just have to see the film to figure out what it is.

The team at WHILL says that they were approached by a representative of Warner Brothers Studios and asked to feature the Model A in the film. You can see it for a longer period of time in a clip shown during this interview with actress Holly Hunter.

Although the Model A has not yet been cleared by the FDA, the Model M (featured in the above mentioned Rollx Vans blog post) has received FDA clearance and is one step closer to getting into the hands of consumers.

Have you seen Batman vs. Superman yet? Were you able to spot the wheelchair in the courtroom scene? Let us know in the comments below!