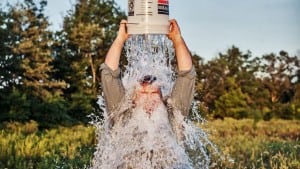 This time last year, you couldn’t log on to any social media site without seeing a video or status involving the ALS Ice Bucket Challenge. The challenge, which involved a person dumping a bucket of ice water over his or her head, helped to raise awareness for Lou Gehrig’s disease.

Even the team here at Rollx Vans took part in the challenge.

A Year Later, The Challenge is Revived

Since then, the Ice Bucket Challenge has faded into a mere memory, but ALS remains a disease that affects more than thirty thousand people in the US. Each year, more people are diagnosed with the disease, which is responsible for two in every one hundred thousand deaths. The cause may have ended last year, but one group has made a significant attempt to revive it in 2015.

The group was able to grab headlines this past Saturday when dozens of wheelchair vans, taxis and subway cars transported hundreds of wheelchair users and their supporters to the heart of Central Park.Their mission: to reinvigorate the cause of raising money for ALS research by setting a Guinness World Record for the largest Ice Bucket Challenge ever.

Once again, social media sites were overcome with pictures and videos from the massive event, which gathered almost five hundred people willing to take the challenge once again.

Did They Break the Record?

Although the event was considered to be a resounding success, the group is not sure if they broke the Guinness record for the largest Ice Bucket Challenge. It is currently believed that a group in China, who gathered almost eight hundred people at once, still holds the current record. We won’t know for sure until the event is looked at by Guinness World Records officials, which could take months.

Regardless of whether or not the world record was broken, the group in Central Park on Saturday did manage to raise about one-hundred-and-twenty thousand dollars for the cause. This money will once again be donated to groups who are researching future treatments and a possible cure for ALS.

In the end, it’s the cause, not the glory, which matters most.

Did you participate in the Ice Bucket Challenge? Let us know in the comments below.