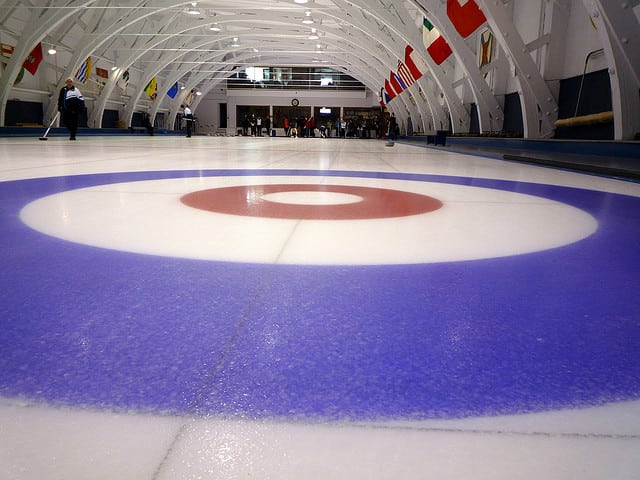 ALS (Amyotrophic lateral sclerosis) is a degenerative condition which essentially causes the muscles of the human body to weaken and eventually, stop working.  The speed at which ALS operates varies from person to person, but the majority of people with it die within 3-5 years of showing symptoms.

The cause is typically respiratory failure as their body lacks the strength to simply breathe.

Because of how rapidly the condition tends to work in addition to the immobilizing affect it has, it is very uncommon to see people with ALS in the athletic world.  Especially on the Paralympic level.

In fact, there has only been one person with ALS to compete in the Paralympics.  His name was Nick Scandone, a sailor who competed in rowing at the 2008 Paralympics in Beijing.  His team went on to win the gold.

While Nick may have had the honor of being the first person with ALS to compete, it’s looking like he won’t be the last.  Who’s joining him?

From Judo to Curling

Cathy Cummins has lived quite the life.  She is a chiropractor and a teacher with a PhD.  She’s also a lifelong athlete who was once a part of the US judo team.  Her martial arts skills were so good that she paid her way through college by competing in tournaments and winning prize money.

She’s also a singer who has recorded a few CDs with various groups.

But her life changed dramatically in 2005 when she was diagnosed with ALS.  Though the disease quickly began to take a toll on her body, she was determined to stay active.  Since then, she has continued to teach part time at the University of Western States, and also still sings which helps tremendously with her keeping her diaphragm strong.

With the limited amount of energy she has to get through her days, it’s amazing how much she still manages to do.  But there was still something missing from her life.  That athlete inside of her wasn’t getting any attention.

So she turned her eyes to curling.

Preparing for the World’s Arena

Despite taking great precision, strength, and endurance, Cathy showed a natural gift for the sport of curling.  In fact, she became so good that the US Paralympic coaches took noticed.

Only months after beginning the sport, Cathy had qualified for the 2014 Winter Paralympics in Russia.  Cathy now trains rigorously every day to become better and to stay strong.  There is a slight cause for concern.  Since ALS is progressive, the coaches fear she might not be able to compete by 2014.

Cathy herself is well aware of this, but it only motivates her even more to be the very best she can be.  We believe in her and look forward to seeing her at the Games in 2014!

About Rollx Vans and ALS

Rollx Vans, a lead manufacturer and seller of new and used wheelchair vans,  partners with organizations like ALSA to bring awareness and raise funds for conditions such as ALS.  If you would like to learn more about ALS or find ways which you can give support, please visit the ALSA website here.