Can You Murderball?: the Quad Rugby Wheelchair Sport - Rollx Vans
Skip to content 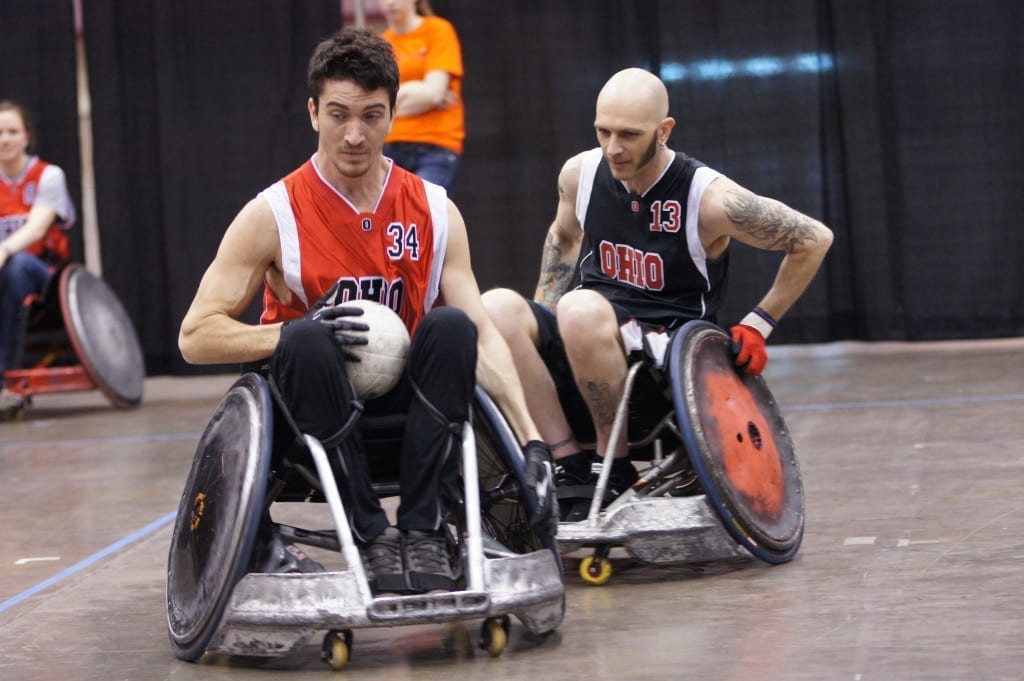 What do you get when you fuse together the wheelchair sports versions of basketball, ice hockey and soccer? Quad Rugby.

Quad rugby, affectionately referred to as Murderball ever since the 2005 documentary, is a full contact wheelchair sport that’s been played worldwide since its creation in 1980.

History in the Making

Having started in Winnipeg, Manitoba in Canada, the sport that needs only a regulation sized basketball court and a volleyball was quick to catch on. Only one year after it was created, the sport was brought to the United States as part of the University of North Dakota’s Disabled Student Services.

The sport debuted at the Paralympics in Atlanta in 1996, and became a nationally and internationally regulated sport by the USQRA in 1998. On a strictly national level, dozens of teams compete each year in North America for the chance to take home the Mikkelson Cup.

The 2005 documentary Murderball brought even more national recognition to quad rugby as it followed the US team on their journey to compete at the Paralympics in Greece.

The game is played over four 8-minute quarters. Each side consists of four players trying to advance the volleyball over the opposing team’s goal line during active play time. The team with the most amount of points at the end of the final quarter is the winner.

Because players can have varying degrees of disabilities and are only required to have some combination of upper and lower body impairment, each player is assigned a classification number. The classifications range from 0.5 to 3.5, with 0.5 being the most impaired and 3.5 being the least impaired. Neither team can have more than 8.0 points amongst their four players.

If you’re thinking about joining up and giving quad rugby a try, we suggest looking into the awesome mad-max style wheelchairs players often used (as shown in Murderball). And, to make sure you arrive to matches in-style, Rollx Vans has you covered with used wheelchair vans.

What do you think of quad rugby? Have you played before? What do you like/dislike about the sport?