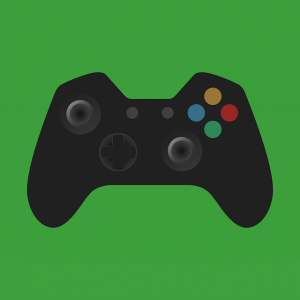 Multiple sclerosis, the incurable and widespread disease which affects over 2.3 million people across the world, is a disease that has troubled doctors and medical researchers for years.

It’s unpredictable and debilitating effects on the nervous systems has presented challenges to those who suffer from it, often causing them to rely on mobility devices, wheelchairs and wheelchair vans to get around. Although symptoms of the disease can come and go, patients live with them all their life, and researchers have always been searching for ways to improve the quality of everyday life for patients.

In recent years, Microsoft Corp.’s team of researchers has been teaming up with the medical community to use their Kinect motion camera (available on their Xbox systems) to tackle the problem of living with MS. The motion camera is able to detect the movement of users and use their own image to play games and interact with the system in new ways.

Recently, Microsoft has announced that they will be partnering with pharma giant Novartis AG to develop a new system called AssessMS. The system will use the Kinect’s camera to track the movements of MS patients and analyze their symptoms.

Up to this point, doctors have had to observe patients only once every few months in order to track their progression and symptoms, but with Microsoft’s help doctors can now use the Kinect’s camera to track patient’s movements almost daily. This will allow doctors better understand patients needs and progress over time.

The system is complex, but it has the capability to help a lot of people who live with MS. Novartis hopes to take the system through the clinical validation process and obtain regulatory approval in the near future.

A Growing Trend for Microsoft

This isn’t the first time that Microsoft has tried to use its products to help people who suffer from these types of diseases. We’ve previously written about the concept that video games can help patients who suffer from Muscular Dystrophy, particularly those who suffer from Duchenne MD. It was a small scale study, but the results left a lot of hope with the researchers who were trying to find ways to improve the lives of those who have the disease.

Although it seems like more research is needed on the subject, it seems that Microsoft is really getting closer to changing the way patients and doctors confront diseases that affect millions.

What do you think of Microsoft’s initiative? Do you think it can help? Let us know in the comments below.