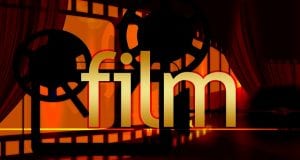 Looking for great movies made for and by members of the disability community? It may be time to take your wheelchair van out to California this fall.

The Superfest International Disability Film Festival will be held in in Berkeley and San Francisco this year from Saturday, October 22nd to Sunday, October 23rd.

Here are the locations for the festival dates:

This year marks the 30th anniversary of The Superfest International Disability Film Festival, which is the longest running disability film festival in the world. Over the years, the festival has showcased more films made by people with disabilities than any other event in existence.

This year, 13 films will be shown (out of more than 140 submissions from 18 different countries). Some of the films include “Awake” (England, 2015), a film about a friendship that form between a door-to-door proselytizer and a woman living with Multiple Sclerosis, and “Terminal Device” (Canada, 2015), an autobiographical essay and an inquiry into cinematic representation.

See all the feature films here.

Emily Smith Beitiks, the festival’s coordinator said in an interview that “Superfest provides an opportunity for filmmakers to tell stories about disability that are more nuanced and complex than what we typically see in Hollywood.”

These films are produced, directed and star people with disabilities, and we encourage all who can to head to the festival and see them.

What do you think about The Superfest International Disability Film Festival? Are there any films that peak your interest? Let us know by commenting below.