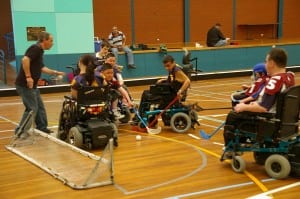 used wheelchair vans and other mobility devices over the years. While the availability and sales of these devices have continued to increase, they are unlikely to match the growth in sales of power wheelchairs, which are projected to increase exponentially over the next few years.

A comprehensive study by WinterGreen research is projecting that worldwide sales of power wheelchairs will have more than tripled in the next three years, when compared to their 2011 numbers.

According to the extensive report, which spans a total of 467 pages and contains 143 tables and figures, “Worldwide markets are poised to achieve remarkable growth as the populations age all over the world, as technology and manufacturing efficiency bring down the unit costs, and as older people are more affluent and can afford better power wheelchairs.”

That’s about a 350 percent increase over the course of seven years.

The Center for Disease Control estimates that 2.2 million people in the United States depend on a wheelchair for day-to-day tasks and mobility. An additional 6.5 million people use a cane, a walker, or crutches to assist with their mobility.

These numbers are only likely to grow over the next few years as the population ages.

Since many people from the Baby-boomer generation (those born approximately between the years 1946 and 1964) are past the retirement age, and only getting older, there will likely continue to be a heavy increase in the amount of Americans who need wheelchairs and other mobility devices.

Other Factors that Lead to Sales

Other than an ever aging population, many other factors are contributing to the spike in power wheelchair sales. Advances in technology have made the chair cheaper to produce, thus easier to acquire by those who were previously unable to afford them.

When less expensive chairs are combined with government assistance (Medicare) to seniors over the age of 65, patients are often able to get these chairs at little or no cost out of pocket.

As demand for the chair continues to increase, it is only likely that the cost of power wheelchairs will continue to decline over the years as well.

This is good news for any people with disabilities, as well as the elderly, who are looking to invest in a power wheelchair in the future.

Do you have or are you planning to get a power wheelchair anytime in the future? Let us know in the comments below.