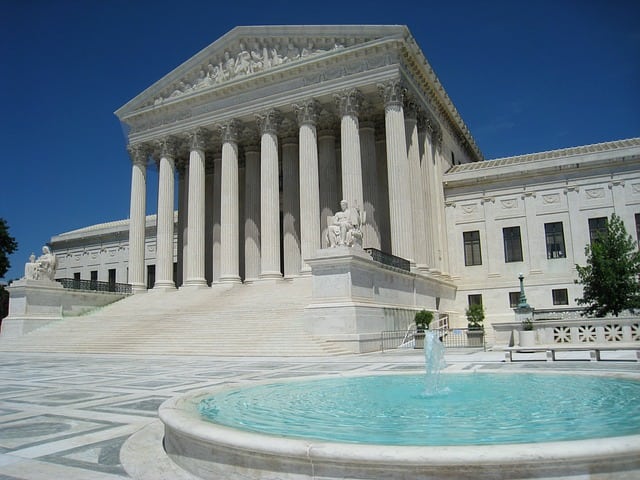 Last Wednesday, the U.S Supreme Court ruled in favor of a young Michigan girl and her family who had originally sued their school district for refusing to allow the girl to bring her service dog to class.

The justice ruled unanimously (8-0) that 13-year-old girl Ehlena Fry and her family were legally right to sue their school district for the emotional distress that the incident had caused.

The Case in Question

Fry, who suffers from cerebral palsy, received a goldendoodle named Wonder back in 2009 who trained to help the then 5-year-old with normal daily tasks like opening doors, turning off lights and removing her jacket. Fry’s elementary school denied Wonder access to the school, claiming that they had already provided a human aid for Fry.

The case reached the Supreme Court on October 31st of last year, you can read more specific details about the case in the blog post we wrote about it.

The ruling, written by Justice Elena Kagen, stated that the 6th Circuit Court of Appeals erred in its decision, and the ruling has now been overturned. If you have a spare hour (and a penchant for dense legal writing, you can read the entire written ruling here).

The Effects of the Case

In essence, the Supreme Court’s ruling has made it easier for children with disabilities and their parents to seek recourse if they believe they have suffered harm because of the actions of their school district. It’s a major win for the disability community, and one that is sure to go down in history. We will likely see this case noted in future lawsuits to come.

What do you think of the Supreme Court’s ruling? Did they get this case right? Join the conversation by commenting below!