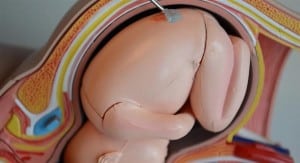 The onset of 3D printing has rapidly changed almost every single industry that has chosen to implement the technology. As if out of nowhere, entrepreneurs, scientists and inventors are using this cost effective technology to print parts for wheelchairs and even create entirely open-source wheelchair designs.

While the technology is still new to many people, researchers from Leiden University in the Netherlands have been using it to create a new form of minimally invasive surgery that can be used to treat babies with spina bifida before they even leave their mother’s womb.

The Effects of Spina Bifida

Spina bifida affects about 1,500 babies every year in the United States. The condition, which affects the spines of unborn babies, is a type neural tube defect that occurs when the backbone that protects the spinal cord does not form and close as it should. This can cause severe nerve damage that can lead to physical and intellectual disabilities in children who are affected.

Most people who are affected by spina bifida eventually come to rely upon wheelchairs and wheelchair vans to get around, and often struggle with working, going to school and living on their own.

It’s a condition that presents a sizable problem from the moment it is discovered. Parents of unborn babies who have spina bifida are faced with a tough decision: they can either choose to abort the baby (where it is legal) or have the mother undergo a risky operation. The operation involves operating on the baby while it is still in the womb, which presents dangers to both the baby and mother.

Even if the operation is successful, it is only a mere treatment, not a cure, and the amniotic fluid that the baby is subjected to usually causes irreversible damage to the nerves around the spine.

A New Treatment for an Old Condition

The new procedure is being developed by a team of doctors at Erasmus medical centers and has been awarded a €50,000 Open Mind grant. The procedure combines minimally invasive surgical procedures with 3D printed technology. While the baby is still in the womb, doctors will be able to  close off the spinal opening with a durable seal that is injected onto the fetus via a very thin needle. This would eliminate the heavy risks of performing open surgery on the mother and child.


Take a look at the early plans for the procedure in the video below.

What do you think of the procedure, and what other technologies do you think can be developed using 3D printing? Let us know in the comments below.